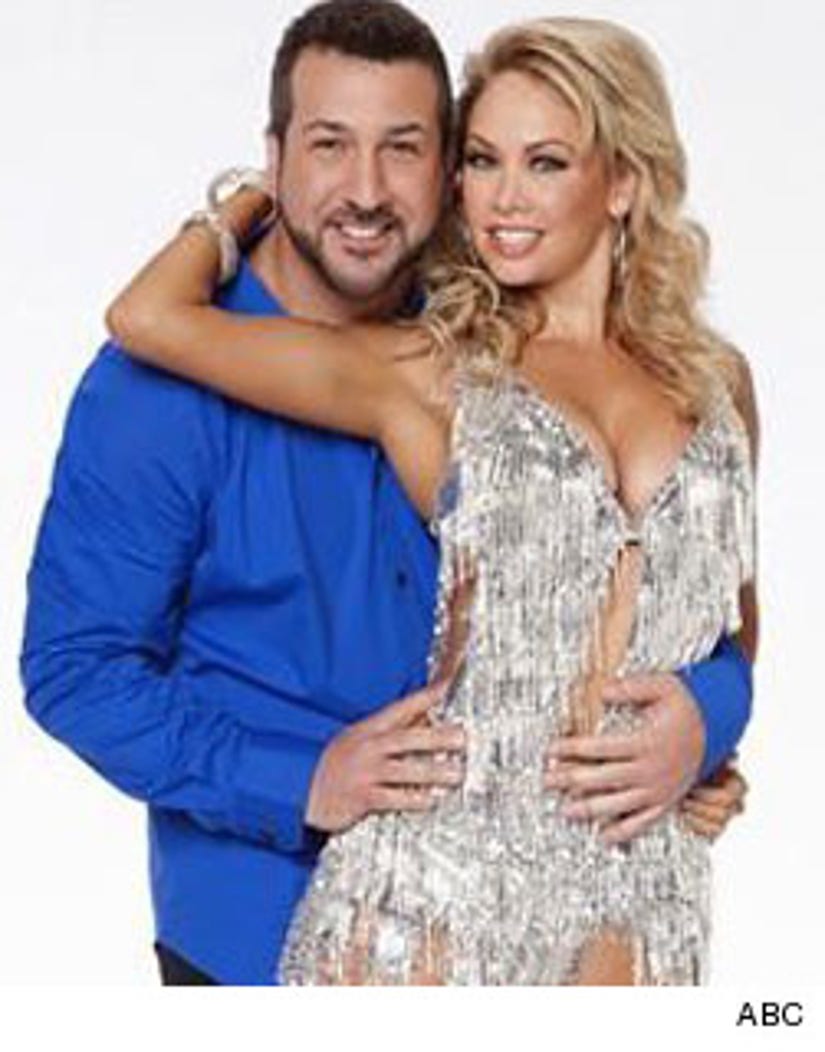 It was bye bye bye for singer Joey Fatone on "Dancing with the Stars: All Stars."

The former *NSync member and his professional partner Kym Johnson were the second couple eliminated from the show in a somewhat surprise elimination. Joey had finished as the runner-up in Season 4.

Joey and Kym were in the bottom 2 group along with former "DWTS" champion Helio Castroneves and his partner Chelsie Hightower. Neither couples were the lowest scorers after Monday's dances (Bristol Palin and Mark Ballas were), which emphasized the power of the audience vote.

""I'll miss everybody out here because everybody was great," Joey said after learning the news.
"We had a great time, people said I was fun and that's all that matters."

Two couples will feel the same sting next week, when the all-star season will have a dramatic double elimination. Who are your favorite all-stars? Tell toofab in the comments below!