They say age is only a number -- and in Cameron Diaz's case we have to agree!

The 40-year-old just celebrated her milestone birthday, and she feels (and looks) better than ever!

The actress graces the November cover of the U.K. edition of Esquire where she opens up about growing older, still wanting kids and marriage.

The "Charlie's Angels" star confesses to the mag that she couldn't be in a happier and healthier place. "For the first time in my life I'm content. I'm so excited. Getting older is the best part of life. Like I know more than I've ever known," Cameron says.

Even though the blue-eyed beauty just turned the big (slightly scary) 4-0, Diaz is more confident than ever. "I have gratitude. I know myself better. I feel more capable than ever. And as far as the physicality of it, I feel better at 40 than I did at 25." 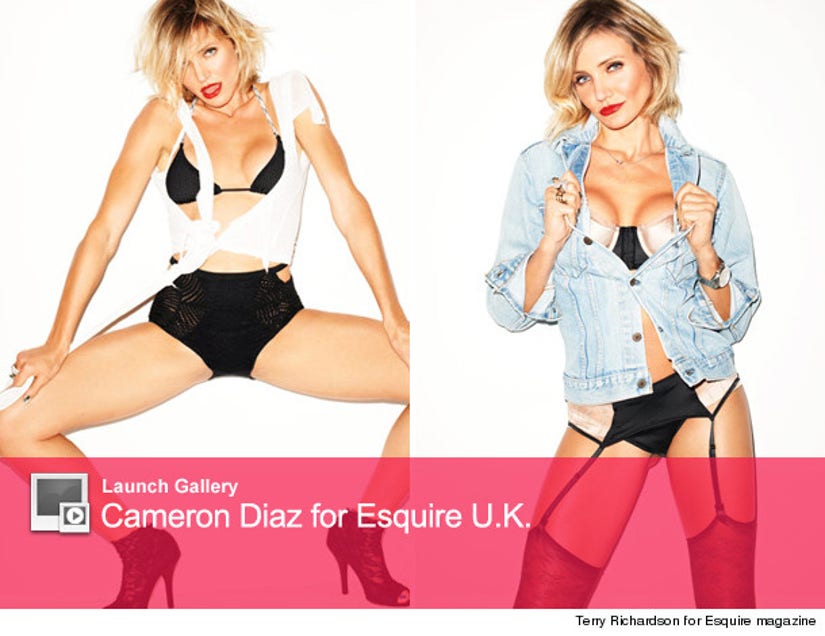 And even though her biological clock may be ticking, the blonde bombshell says she could still see herself having children one day.

"There's still a possibility of that, I ain't that old." She goes on to say, "Believe it or not, I'm feeling very … capable."

Diaz tells Esquire that she's all about living in the moment … perhaps that's part of the reason why she's never settled down. So how come she hasn't said "I do" yet?

With a slew of blockbuster hits under her belt, and some of the sexiest exes in Hollywood … we think she'll be just fine (single or not)!

Make sure to check out the November UK edition of Esquire when it hits stands Oct. 4 for the full interview and even more smoking pics of the "Something About Mary" star!