Relationships are hard in general, and in Tinseltown sometimes they're impossible! But it looks like Justin Timberlake has found the formula for a healthy relationship (men of the world, take note!).

While promoting Timberlake's new movie "Trouble with the Curve," the actor and singer gushed to the Hollywood Foreign Press (via Us Weekly) about his leading lady, Jessica Biel, and revealed how they maintain a strong relationship.

The 31-year-old told the Hollywood Foreign Press that when he first met the "Valentine's Day" star, he asked a mutual friend if he could call her.

“I did it the old fashion way – by telephone.” Timberlake explained, “That's something I learned from both my stepdad and my grandfather – that there is a thing called chivalry and it doesn't have to die with the birth of the internet. The way I see it, if you're asking a girl out on a date, it's only right to do it in a way that she can hear your voice. I had to be pretty persistent in order to get her to say yes. But I have a fair amount of tenacity and if I want something I stick to it. And in the end she agreed.”

And after five years with the brunette beauty, Justin sealed the deal with a ring when he popped the question in December 2011! 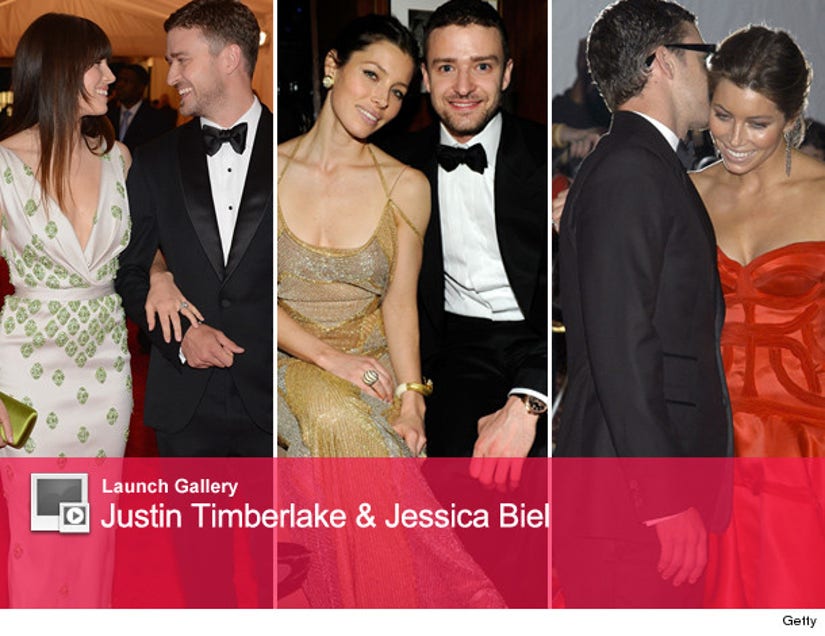 “I answer to a higher power now,” the pop star joked. “We have a couple of rules in our relationship. The first rule is that I make her feel like she's getting everything. The second rule is that I actually do let her have her way in everything. And so far, it's working.”

While the actor didn't go into details about his own future wedding plans he did say that a crucial part of making any relationship/marriage successful is team work – through good times and bad times.

We all know there's the “honeymoon” stage when you first start dating someone, but the former 'NSYNC crooner believes that to keep a relationship healthy, you've got to have some compassion.

“Some days are better than other days for all of us – and if we have our good days and bad days individually, and then we're dealing with someone else's good and bad days on top of that, it's going to add up.” He goes on to explain, “But what I have learned from my stepdad is something as important, which is patience and compassion. Because when you are living with someone else, those two qualities go a long way.”