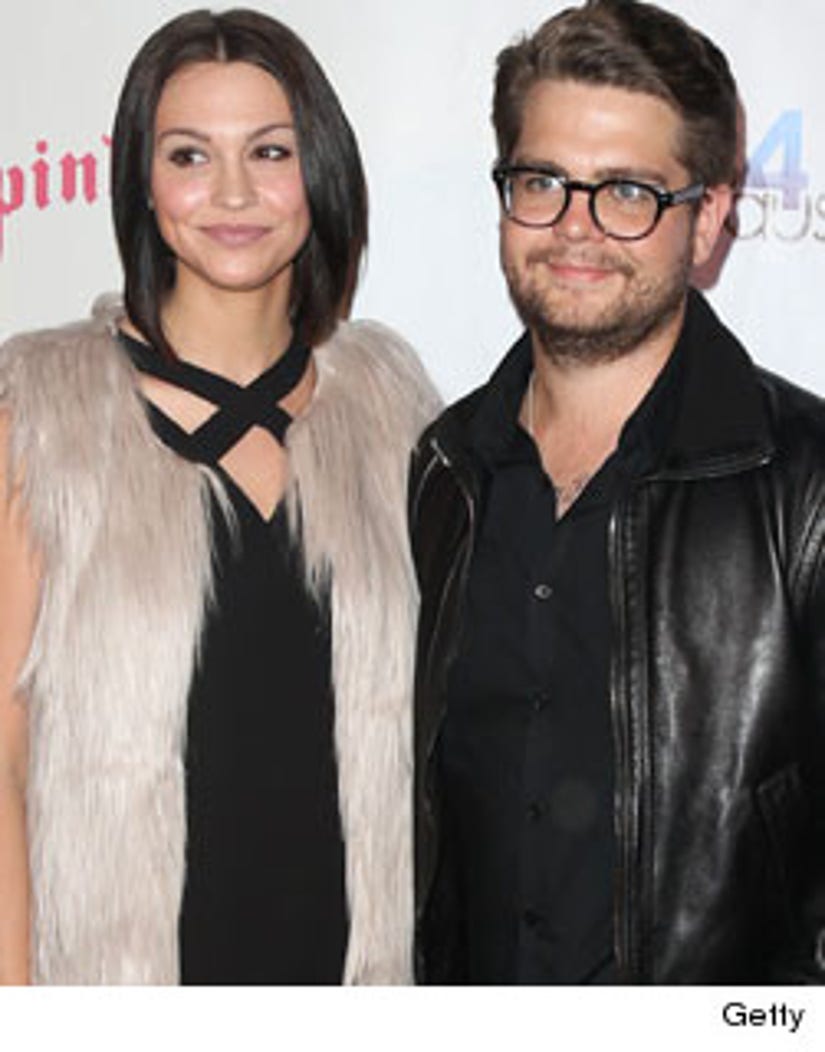 Jack Osbourne and his fiancée (mother of their 5-month-old Pearl) Lisa Stelly, tied the knot this weekend in Hawaii!

The couple found out they were expecting their first child together after just three months of dating, and now they've sealed the deal!

British magazine Hello! confirmed that Jack, 26, and Lisa, 25 wed on the Kona-Kohala coast of West Hawaii.

The couple reportedly exchanged vows in front of just 48 family and friends, including the famous Osbourne parents Sharon and Ozzy (who wed in Maui 30 years ago) and Jack's sister Kelly, a bridesmaid who was spotted frolicking in a teeny neon bikini before the ceremony.