It took almost two months, but Jennifer Aniston is finally showing off her giant engagement ring!

The former "Friends" star and fiance Justin Theroux were spotted in Santa Fe, New Mexico over the weekend -- where Jen debuted the massive rock.

Justin definitely did a good job with the emerald-cut sparkler, which features a BIG stone surrounded by diamonds.

Theroux popped the question to Aniston on his 41st birthday back in August, but the two have stayed out of sight ever since.

Jen was spotted wearing a ring on the set of her latest film, but it was just part of her costume.

What do you think of the ring?

It's definitely a very different from the one she got from ex-husband Brad Pitt back in 1999. Brad co-designed the rock -- estimated to be worth around $500,000 -- with jeweler Silvia Damiani, who also worked on the former couple's wedding bands. 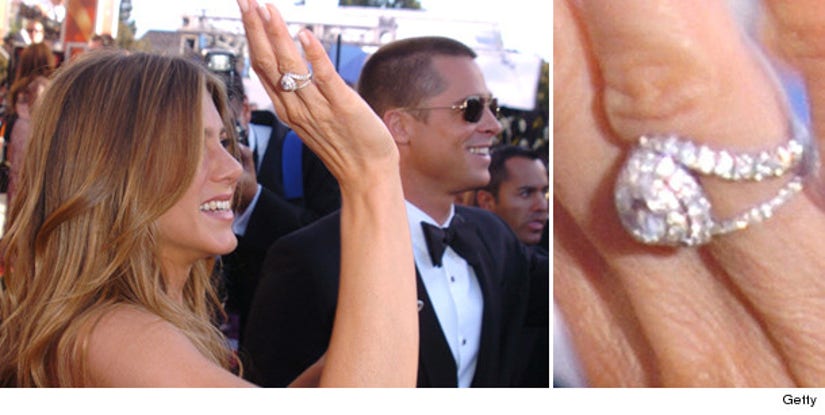 If anything, Jen's new ring is closer in style to the one Brad just gave Angelina Jolie back in April. That rock also featured a gigantic center stone instead of a collection of smaller ones.

Which ring is your favorite? Sound off below! 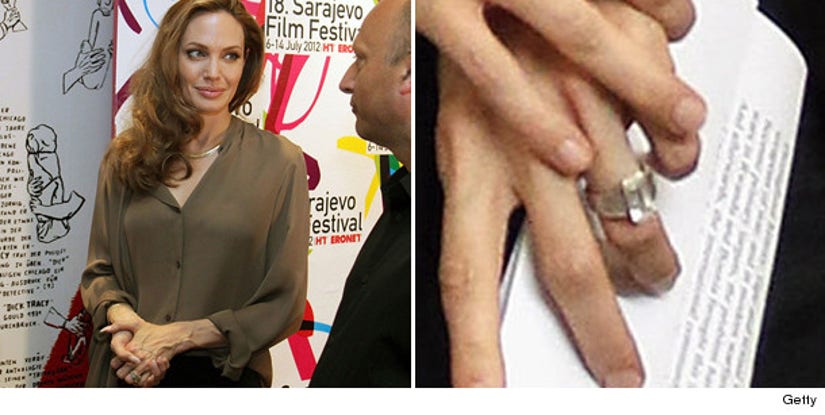