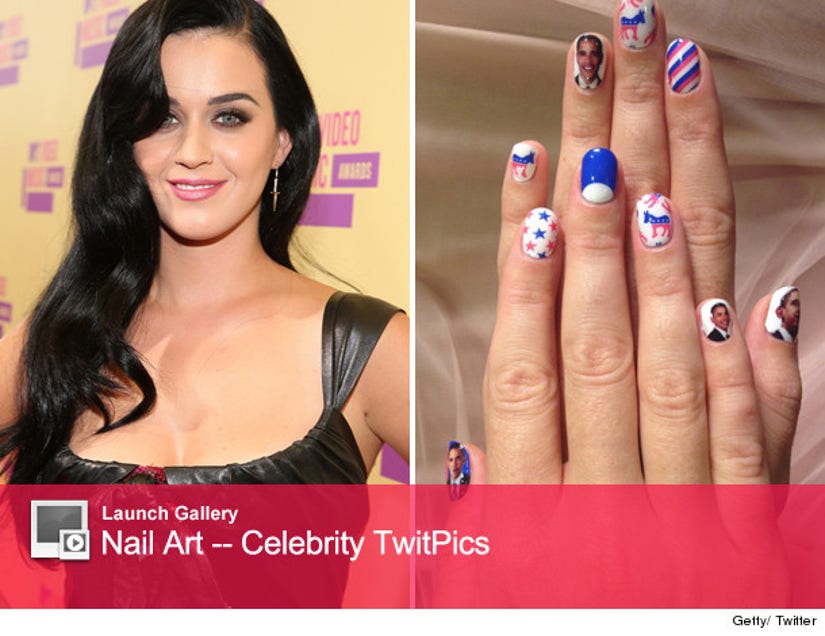 We're just a month away from the Presidential election, and celebs are really starting to show support for their candidates in all kinds of ways. Case in point -- Katy Perry's crazy nails!

Sunday night, the 27-year-old pop princess posted the pic above of her decked-out Democrat mani, along with the caption "Appropriate nails."

She dressed up her hands before performing at a fundraiser for President Obama in Los Angeles, after which she tweeted "I sang for President @BarackObama last night because I believe in Equal Rights #ForAll #Vote."

Katy is another in the long line of celebs who have been going crazy for nail art. Click "Launch Gallery" above to see stars like P!nk, Snooki, Alessandra Ambrosio and more show off their fancy fingers!