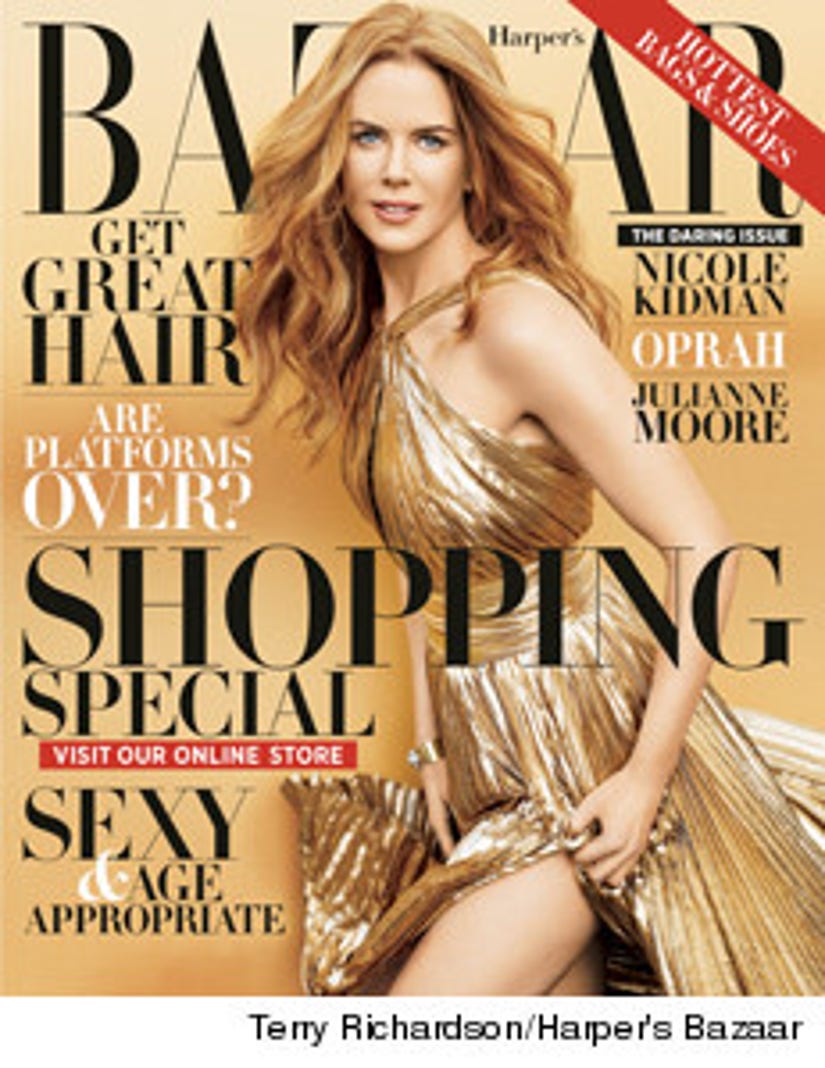 Nicole Kidman has been known for her relationships as much as her film roles.

She was just 23 when she married her "Days of Thunder" costar Tom Cruise in 1990, and divorced him in 2001. Nicole went on to wed fellow Aussie Keith Urban in 2006 and have two daughters with him: Sunday Rose and Faith Margaret.

Now 45, the actress opened up to Harper's Bazaar about her relationships to both men. The red carpet regular even revealed her flaws.

On early fame when she was married to Tom Cruise:

"In those early years, it was like, 'I'm here and I'm clutching onto your arm, and it all feels a little overwhelming and really strange," she recalls. "And I was shy. Deeply shy. I didn't feel comfortable at all. But I felt very comfortable at home."

On her husband of six years, Keith Urban:

"He just gave me confidence through just being very kind to me and understanding me, opening me up to trying things, my sexuality, those sorts of things."

"[He's] more like an ocean; he took me out. [He was] a bigger, stronger personality; that's what I've been drawn to. I need protection. Everyone wants to feel someone's got their back." 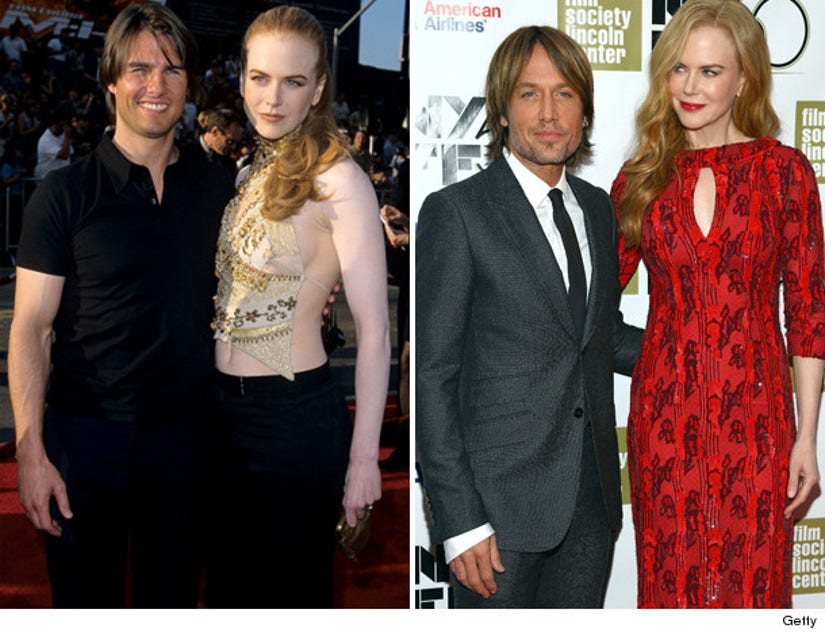 On obsessing over the red carpet:

"Less as you get older. All of that other stuff becomes less important. Like, I've always had a little belly. I mean, now that I'm 45, they don't say, 'Oh, she's pregnant!' as much. But I've got skinny arms and legs, and then I've got a little belly."

"I find standing and posing for photos very awkward. I make sure to wear comfortable dresses,” she explains, “because I want to be able to go out afterward and, you know, bend."

For more of Nicole's interview, where she talks about motherhood and fame, pick up the November issue of Harper's Bazaar, on newsstands October 23 or click here.