Based on real events, the dramatic thriller "Argo" chronicles the life-or-death covert operation to rescue six Americans, which unfolded behind the scenes of the Iran hostage crisis, focusing on the little-known role that the CIA and Hollywood played -- information that was not declassified until many years after the event.

Oscar winner Ben Affleck directs and stars in the film, which is produced by Grant Heslov and George Clooney. "Argo" opens this Friday, October 12, and to celebrate the film, toofab is giving one (1) lucky user a prize pack with the items below! Simply fill out the entry form below for your chance to win.

For more on the film, check out the official "Argo" site and Facebook page. 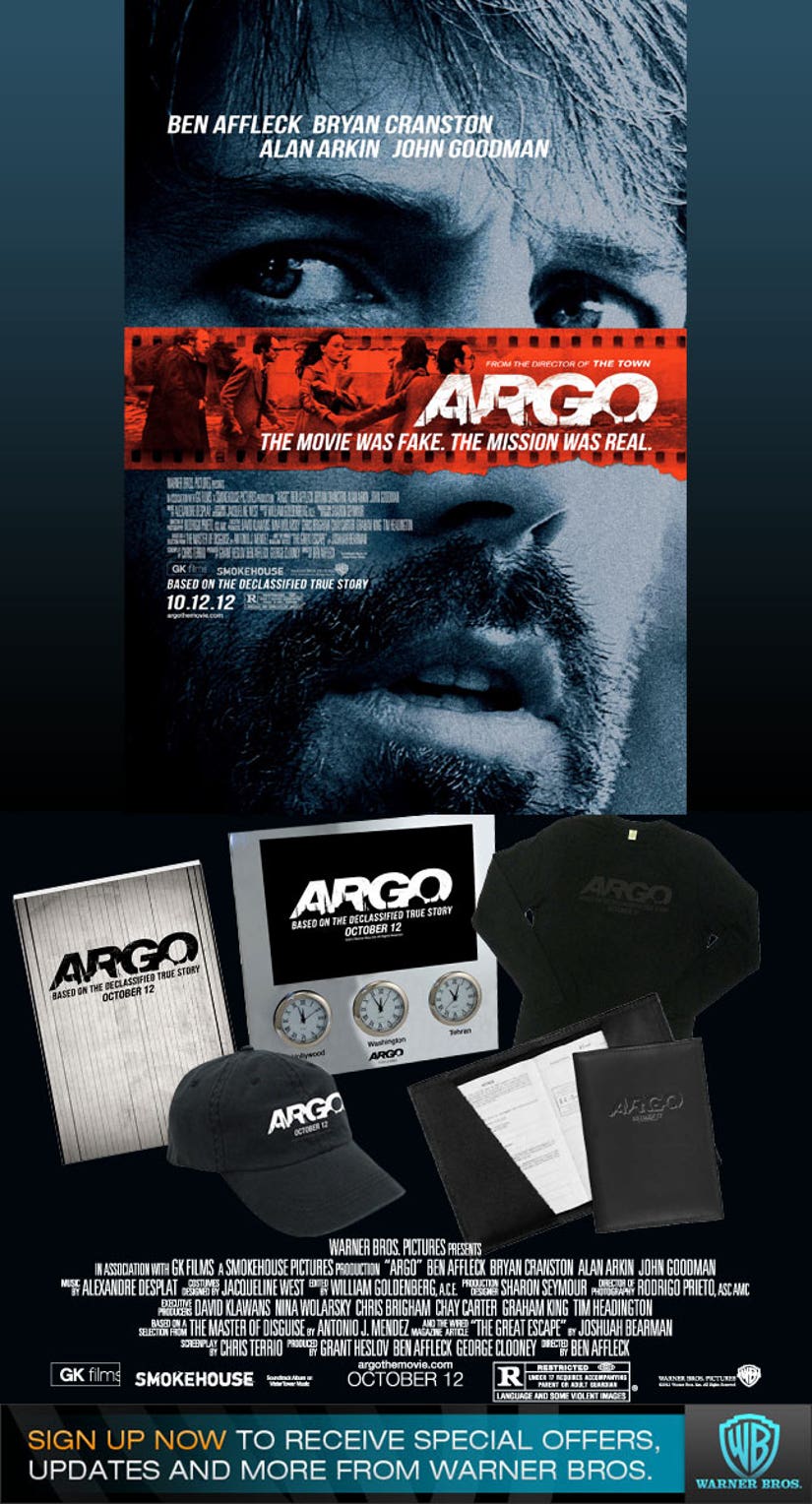