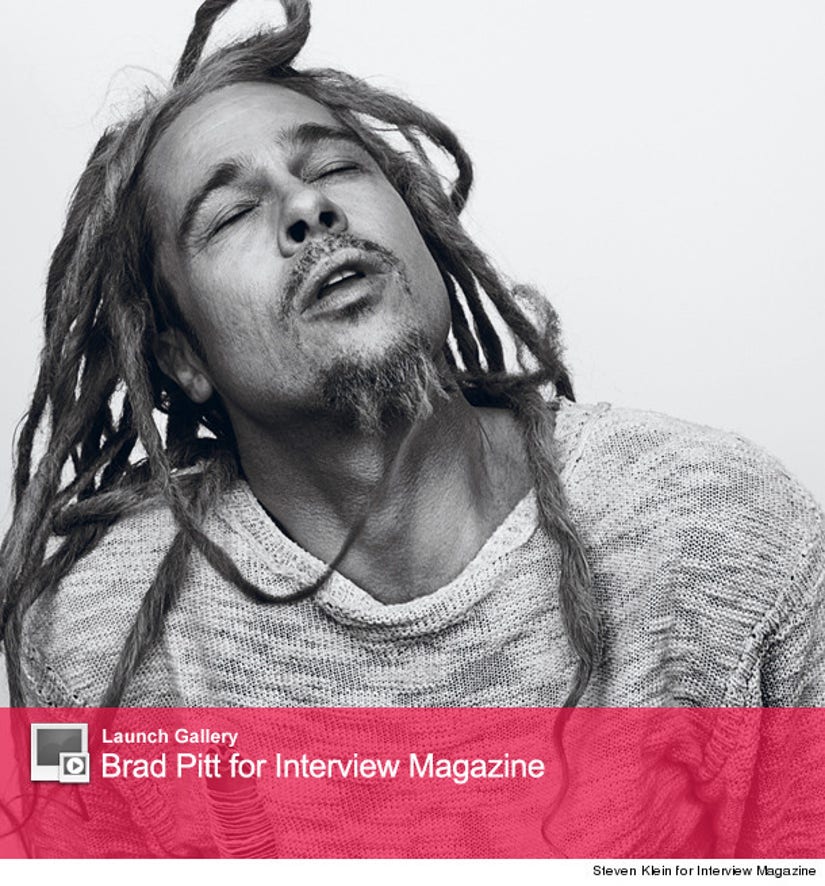 We've seen Brad Pitt play an old man, a spy and a very sexy hitchhiker ... but Rastafarian, that's something new.

The actor channels Bob Marley in a brand new photo shoot for Interview Magazine, sporting dreadlocks and a matching goatee.

But it's not the only wild costume he puts on for the shoot.

He's also seen dressed like a hitman, a retro Hollywood actor and, randomly, a guy with an eye patch.

In the accompanying article, Pitt mainly talks about his new movie "Killing Them Softly" -- and says his acting skills are "Pretty damn solid."

He also reveals he loves producing.

"I'd rather be behind the camera," says Brad. "As a producer, obviously, you're part of a team that brings the story to the screen. It wouldn't be there if you didn't champion it or if you and a group of people weren't championing it. I like that."

Check out more photos from the bizarre shoot above!