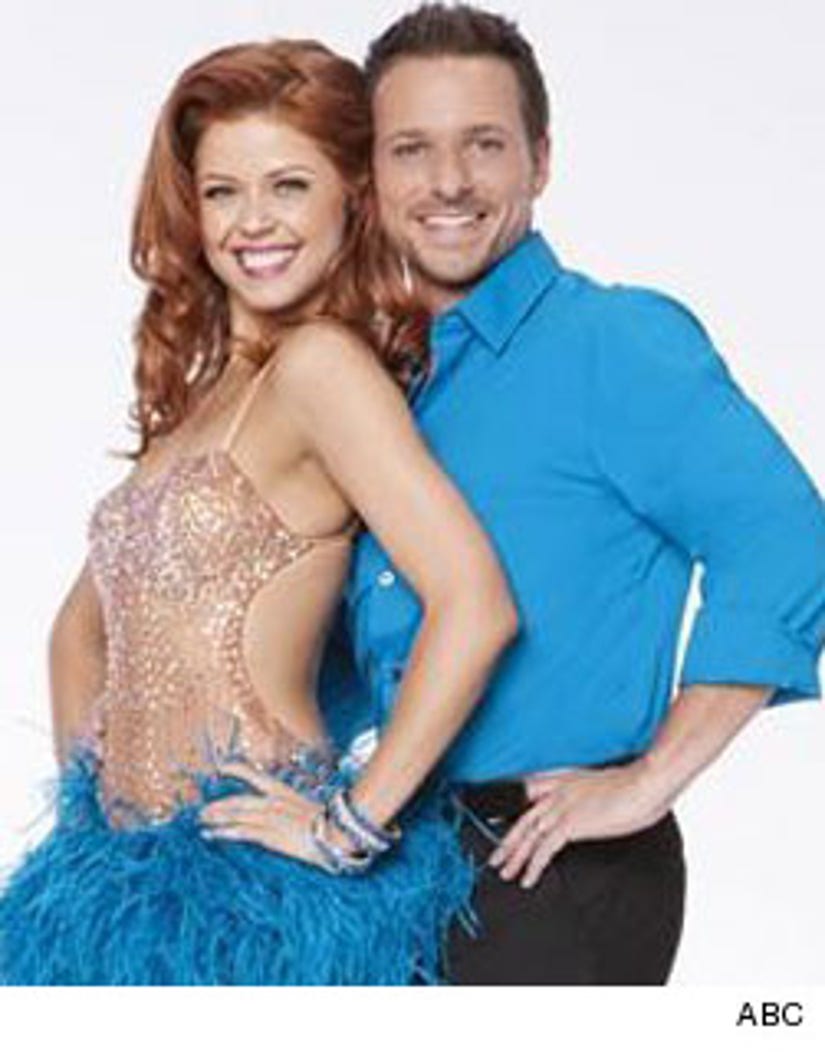 Two former mirrorball champions were cut in a dramatic "Dancing With the Stars" elimination Tuesday night.

The first couple cut was Season 2 Drew Lachey and his partner Anna Trebunskaya. "I can honestly say, I would not change a thing," the 98 Degrees singer said. "Everybody questioned why I would come back. I came back because this is fun. We had a great time, I had an amazing partner."

Season 5 winner Helio Castroneves and pro Chelsie Hightower also failed to get enough audience votes to remain in the "All Stars" season. "I want to thank America" the Indy Race car driver said. "You guys vote for me. I couldn't be happier. Thank you."

The lowest scoring couple after Monday's performances -- Bristol Palin and Mark Ballas -- weren't among the couples "in jeopardy." The remaining pairs will all dance routines picked by their competitors. Bristol and Mark got rock n' roll, while Gilles Marini and Peta Murgatroyd got the exotic Bollywood choice.

Also still in the competition are Kirstie Alley, Melissa Rycroft and Sabrina Bryant.

Who do you think will make the top 3? Tell toofab in the comments below.