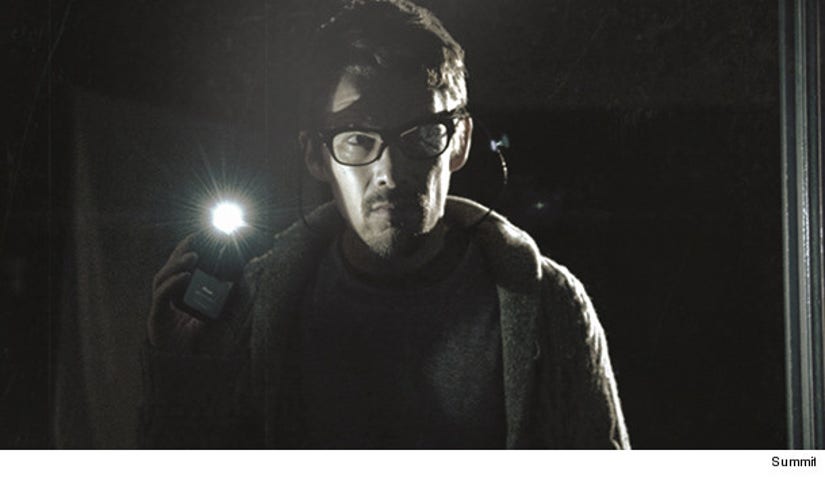 It's that time of the year again: Costumes, candy and movie theaters full of horror movies.

But before "Paranormal Activity 4" spooks up major business next weekend, there's another solid scare-fest hitting theaters this week: "Sinister."

The movie tells the tale of a true-crime writer (Ethan Hawke), his wife and two kids who move into the home of a murdered family.

Things take a creepy turn when Hawke's character Ellison finds a collection of super 8 snuff films in the attic. Desperate for a hit book, Ellison decides to watch them all instead of calling the cops.

Each film shows a different family being murdered in truly horrific ways. We're talking hangings, people bring burned alive and, at one point, a lawnmower even coming into play.

These gritty "home movies" are very unsettling ... and are also a great way to blend the ever-popular "found footage" phenomenon into the flick without turning it into yet another fake documentary.

After Ellison watches the films, scorpions, ghost kids and an ancient demon named Bughuul all start terrorizing him and his family. It'll all get under your skin, but the movie left us wanting more from the creepy demon.

There's definitely some familiar territory here, as the movie has hints of "The Amityville Horror," "The Shining" and last year's superior "Insidious" -- but is it still original and scary enough to warrant a visit to the theaters this Halloween season?

With a few cheap scares and even more genuine ones, "Sinister" should have audiences jumping in their seats this weekend.

And if it doesn't, it's only another week until "Paranormal Activity 4."

Check out the trailer below: