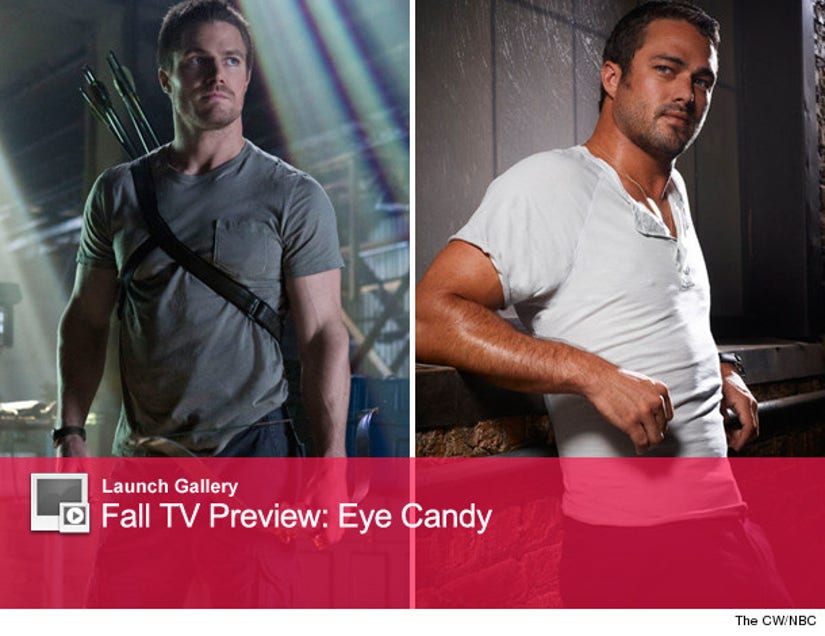 Stephen Amell stars in the new CW superhero drama "Arrow." The Canadian actor plays a playboy turned vigilante called Arrow (based off the classic D.C. hero Green Arrow) determined to save his city. We've been teased with Steven's bod on posters all over town and now we finally get to see him in action when the show premieres at 8pm. CW fans might recognize him from his role as werewolf Brady from "The Vampire Diaries" and a guest starring role. He also starred as killer Joran van der Sloot in Lifetime's TV movie "Justice for Natalee Holloway."

Lady Gaga's boyfriend, Taylor Kinney, will be making his fiery debut on new NBC show "Chicago Fire." Taylor plays a lieutenant on an elite Chicago firefighting team. After seeing his killer abs and muscular physique all throughout Gaga's “You and I” video, we're excited to see this actor's real talent tomorrow night at 10.

We'll definitely be tuning in Wednesday nights and counting all their shirtless moments. It's going to be a tough decision, but we want to know who's hotter?! Click on the gallery below to see hot (some shirtless) shots and then vote in the poll below.