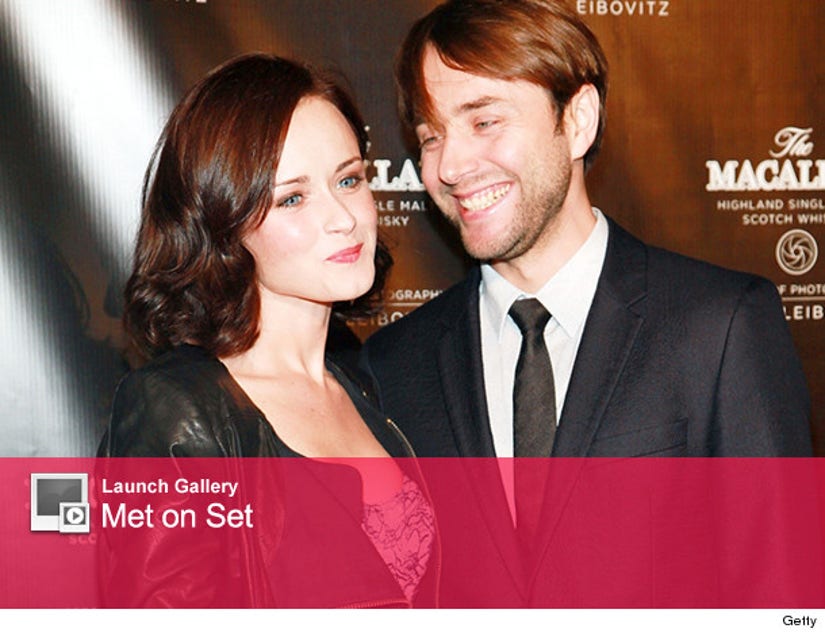 The two, whose characters carried on a torrid affair last season on the AMC show, made their red carpet debut as a real life couple last night at The Bowery Hotel in New York City.

Thankfully, their real life relationship doesn't mirror their characters' though.

On the show, Vincent's Pete Campbell cheated on his wife with Alexis' Beth Dawes. After a few tawdry meetings, Beth's husband forced her to get electroshock therapy ... and had any memory of Pete erased.

Despite the tragic onscreen relationship, the two were in great spirits at the event last night ... looking like a perfectly happy and adorable duo.

Check out more celebs who met their better halves on set in the gallery above!