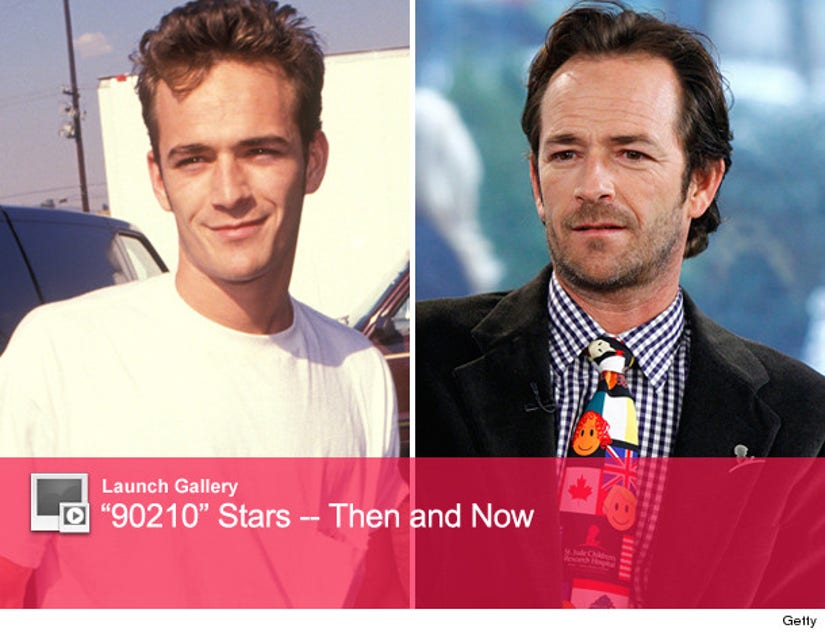 Time sure does fly! We still remember the brooding actor as teenage heartthrob Dylan McKay.

Even 20+ years after the show premiered, the "90210" cast finds ways to work together. Luke, Jennie Garth and Jason Priestley recently reunited to film an Old Navy commercial where they sported their jeans in a high school hallway, just like old times.

Luke is a big Western movie fan and he teamed up with Jason Priestley to film one. They collaborated on a Hallmark movies series, "Goodnight for Justice," where Luke played the lead and Jason directed!

Is it just us or does Luke and the "90210" cast only get better with age?! Click on the gallery above to see how the students of West Beverly High look today.