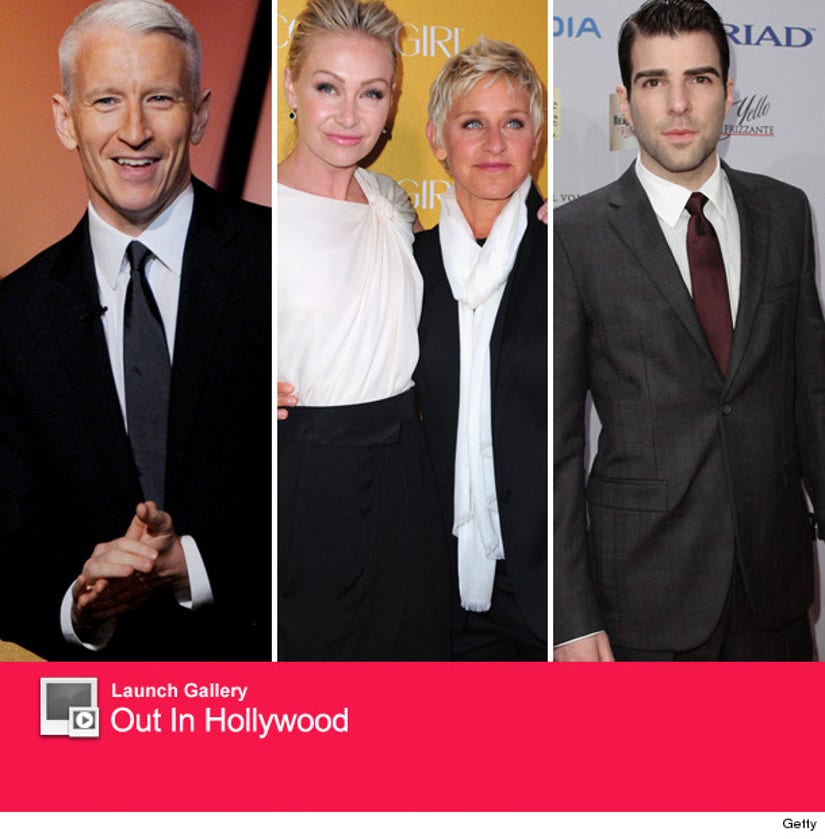 Today is National Coming Out Day ... and in Hollywood, there are more out and proud stars than ever before.

According to the Human Rights Campaign, the day celebrates "coming out as lesbian, gay, bisexual, transgender or as an ally."

And we're definitely starting to see a shift in Hollywood, with celebs stepping out of the closet in big ways.

Stars like Neil Patrick Harris, Jane Lynch, Ellen DeGeneres and Anderson Cooper are not only outspoken advocates, but they're also some of the most successful celebrities around.

And with shows like "Modern Family," "Glee," "The New Normal," "True Blood" and "Partners" all featuring gay, lesbian, bisexual and transgender story lines, there are more gay characters on TV than ever before.

In celebration of Coming Out Day, check out our gallery above of out stars!