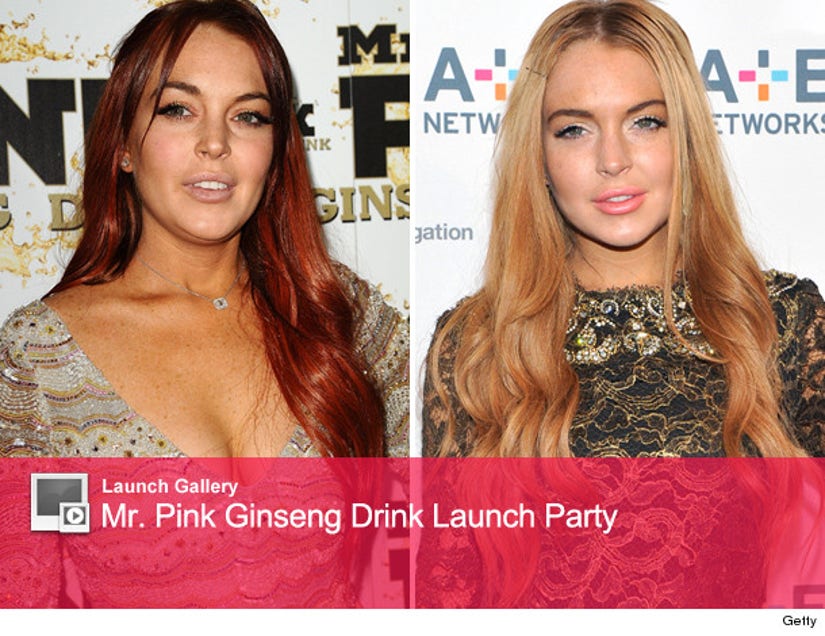 Lindsay Lohan has a new look.

After a very public fight with both of her parents, the actress jetted from New York to Los Angeles yesterday -- where she showed off some red new tresses at a PR event for Mr. Pink energy drink.

While Lindsay has been rocking both auburn and blonde locks lately, they were a more vibrant hue last night ... reminiscent of Wynonna Judd's famous hair.

At the event, Lohan also revealed who she's voting for in the election -- telling E! "I just think employment is really important right now. So, as of now, Mitt Romney. As of now. It's a long story."

The red carpet appearance comes after Lindsay Lohan called into TMZ Live on Thursday to explain her side of blowout argument she had with her mom earlier this week -- and blast her father for releasing the phone call.

"I told my dad a really hurtful and untruthful lie about my mom. She was not on cocaine," Lohan said ... adding that she is "done" with him forever.

"He doesn't know what it means to be a father. He doesn't want to be a dad," says Lindsay.

She also went on to call Dr. Phil's interview with mother Dina "vile" and "disgusting."

Check out the full interview here.

Lindsay wasn't the only one at the event last night either. Paris Jackson, brothers Prince MIchael and Blanket and aunt LaToya all attended -- plus Anna Kendrick, David Arquette, Audrina Patridge and more.

See all the arrivals pics in the gallery above!