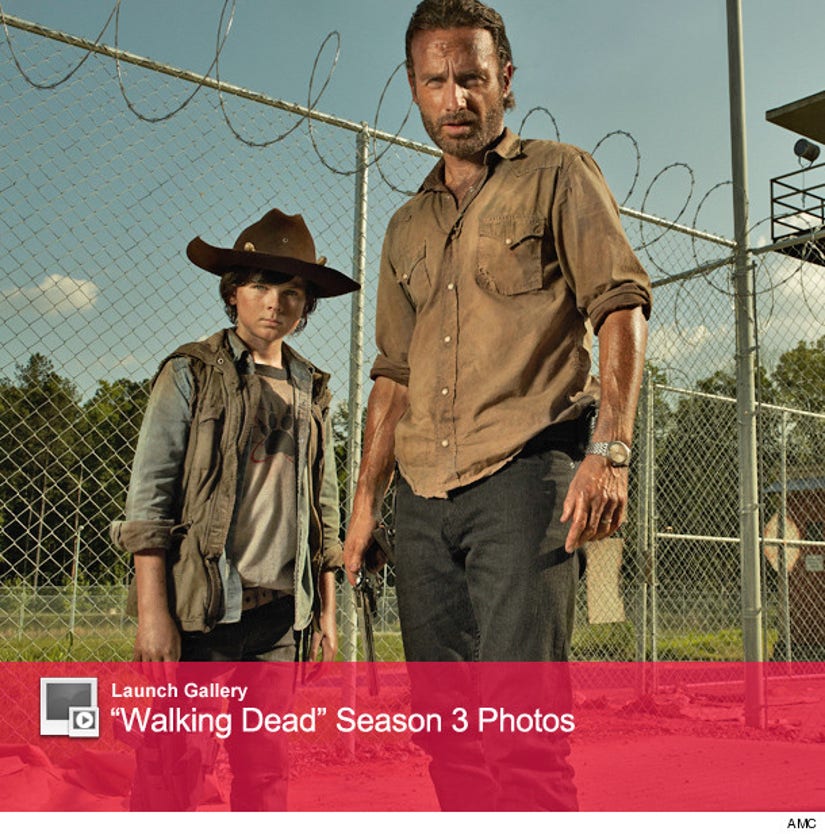 "The Walking Dead" returns for its third season tonight on AMC -- and it's gearing up to be the show's best season yet.

After what many thought was a lackluster and slow-moving Season Two, the show looks like it's going to kick it up a notch with some highly-anticipated characters and a couple brand new settings.

When the show ended back in March, the main group of survivors had just escaped a horde attack at Herschel's (Scott Wilson) farm. While camped out on the side of the highway, Rick (Andrew Lincoln) spotted a prison in the distance.

The only person missing: Andrea (Laurie Holden), who was rescued by a katana-wielding stranger with two de-jawed zombies as "pets."

Fans of the comic books will recognize the stranger as Michonne, one of the best characters in the series. With a take-no-prisoners attitude and some major swordplay skills, Michonne (Danai Gurira) is expected to bring some much needed life into the undead-packed show.

When the season starts, Andrea and Michonne will find themselves in the town of Woodbury, a seemingly picturesque safe haven from zombies. Andrea is skeptical ... and with good reason.

The compound is run by another new character, The Governor (David Morrissey). Expect him to become a major bad guy and nemesis to Rick and Company -- with sidekicks like Daryl's (Norman Reedus) brother Merle (Michael Rooker).

As for what else you can expect? And will there be any major deaths?

While one very important character doesn't make it out of the prison alive in the comics (we won't spoil it here), executive producer and comic writer Robert Kirkman recently told The Hollywood Reporter that the TV show may go in a different direction.

"Anybody can die at any time. We're not really tied to the events of the comic book series as far as lives and deaths go," he says.

Showrunner Glen Mazzara also told The Wrap that there will be one recognizable star joining the show for an episode ... as a zombie!

"There is one person," he says. "But I think it'll be announced as an event when it happens. There was one person that I was lucky enough to meet, they were on set."

Kirkman joked in the past that they'd love to have Charlie Sheen make an appearance -- think he finally followed through? Who else would you love to see as one of the undead? Sound off below!