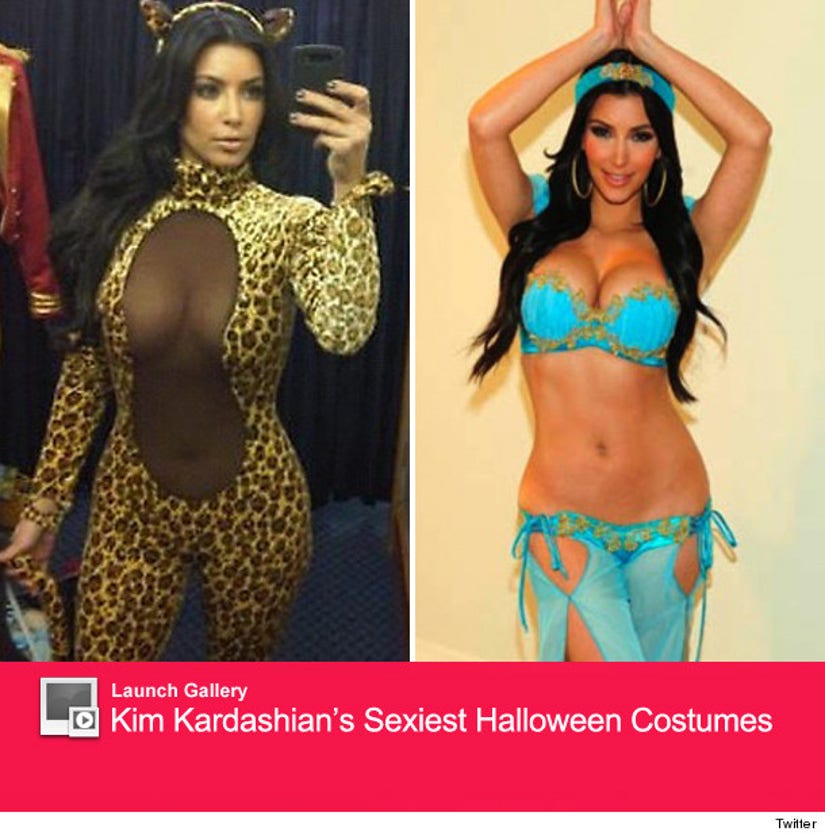 Kim Kardashian is in the Halloween spirit -- but her costume choices are anything but scary.

The reality TV star showed off one of her ideas for this year's parties on Twitter over the weekend, posing in a very revealing outfit.

"Rawwwr!!! Halloween Costume shopping," she wrote along with the pic, which showed her in a Josie and the Pussycats-esque costume with her cleavage barely covered in sheer fabric.

The costume is very similar to one Britney Spears sported back during her 2007 meltdown... but we think Kim's pulling it off a little better.

Check out more of Kim's hottest Halloween costumes through the years in the gallery above.