You'd think when you're the queen of R&B, you'd have no problem landing guys let alone dates – but life can get lonely at the top.

Rihanna graces the November issue of Vogue, where she opened up about life on the road, dating, and her relationship with Chris Brown.

The 24-year-old interviewed with the fashion staple well before the Brown reconciliation rumors were in full effect, telling the mag that she's single.

“I have not been on a date in forever,” she said. “Like two years. Haven't gone to the movies, to dinner. Zero.”

She confessed, “Seriously, all I want is a guy to take me out and make me laugh for a good hour and take my ass back home. He doesn't even have to come up. All I want is conversation for an hour." 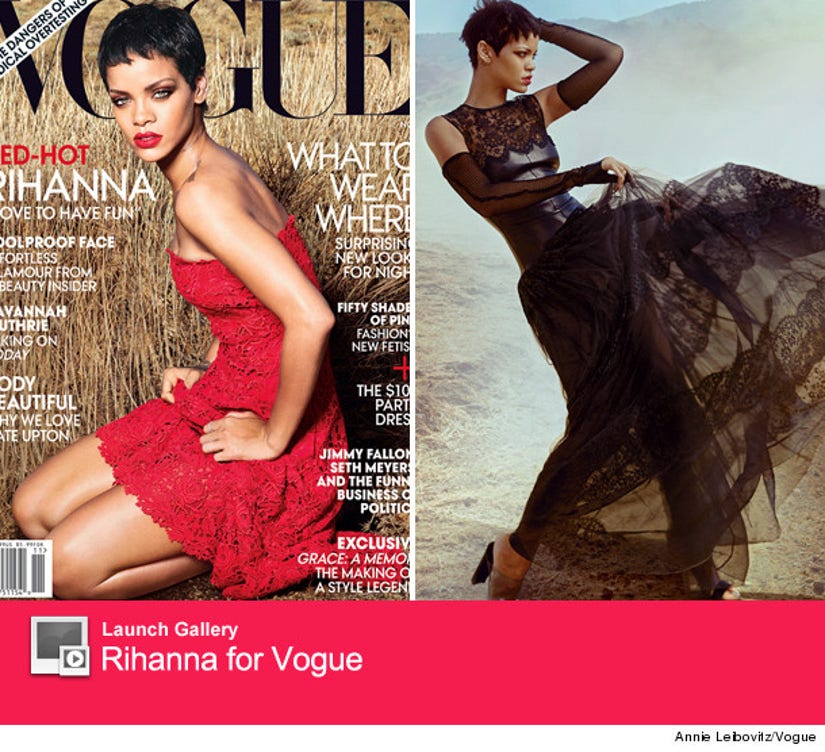 But the "Diamonds" singer understands why it's intimidating to ask her out… she is the most talked about woman in music right now!

"No one asks. Trust me on that. I'm waiting for the man who's ballsy enough to deal with me. I'm going to wait, though. You always find the wrong s--t when you go looking."

Even though the Barbadian beauty says she's single, RiRi has been making headlines recently thanks to her now-public camaraderie with her infamous ex, Brown.

When Vogue asked about her relationship with the "Don't Wake Me Up" crooner since the 2009 assault – Rihanna defended their friendship. “The world hasn't let go. They haven't seen any progress in our friendship, because they don't see anything,” she explained.

"But they're not on the inside. They can't see what I see, unless they're sitting in my point of view. I guess I'll learn to accept that."

With her latest album titled "Unapologetic" and rumors circulating that Rihanna and Brown will be making their relationship public when her 7th album hits stores, it seems like she's going to do what she wants ... regardless of what the world thinks.

Click "Launch Gallery" above to see more photos from her sexy spread and make sure to check out her full interview in the November issue Vogue, out October 23.