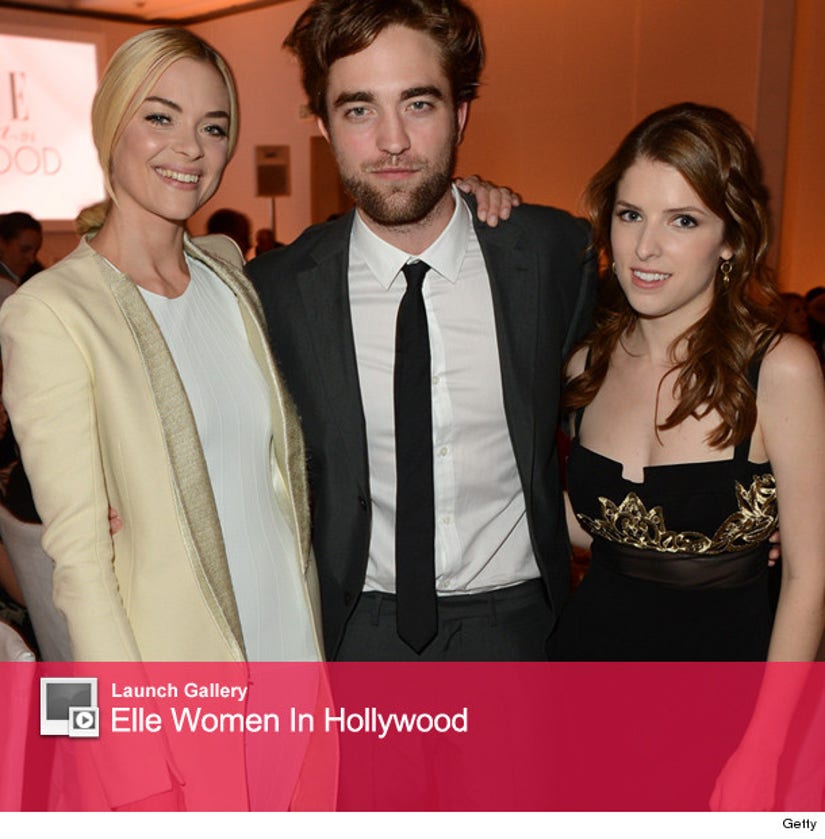 Robert Pattinson may be back with Kristen Stewart ... but she was the only woman in Hollywood not by his side last night in L.A.

The actor stepped out to ELLE's 19th Annual Women In Hollywood Celebration at the Four Seasons Hotel on Monday, where he was snapped alongside costar "Twilight" costar Anna Kendrick, "Hart of Dixie" star Jaime King and "Bel Ami" costar Uma Thurman.

The event was a Who's Who of female stars, with appearances by fashionistas like Emma Watson, Emma Stone, Sarah Jessica Parker, Viola Davis, Elle Fanning, Rachel Zoe, Nina Dobrev, Julianne Hough and Lea Michele -- who stepped out in a very sheer dress.

The R-Patz sighting comes after he and on-again girlfriend Kristen Stewart were spotted out together for lunch on Monday afternoon. Check out those pics here.

And see all the fun fashion shots from last night above!