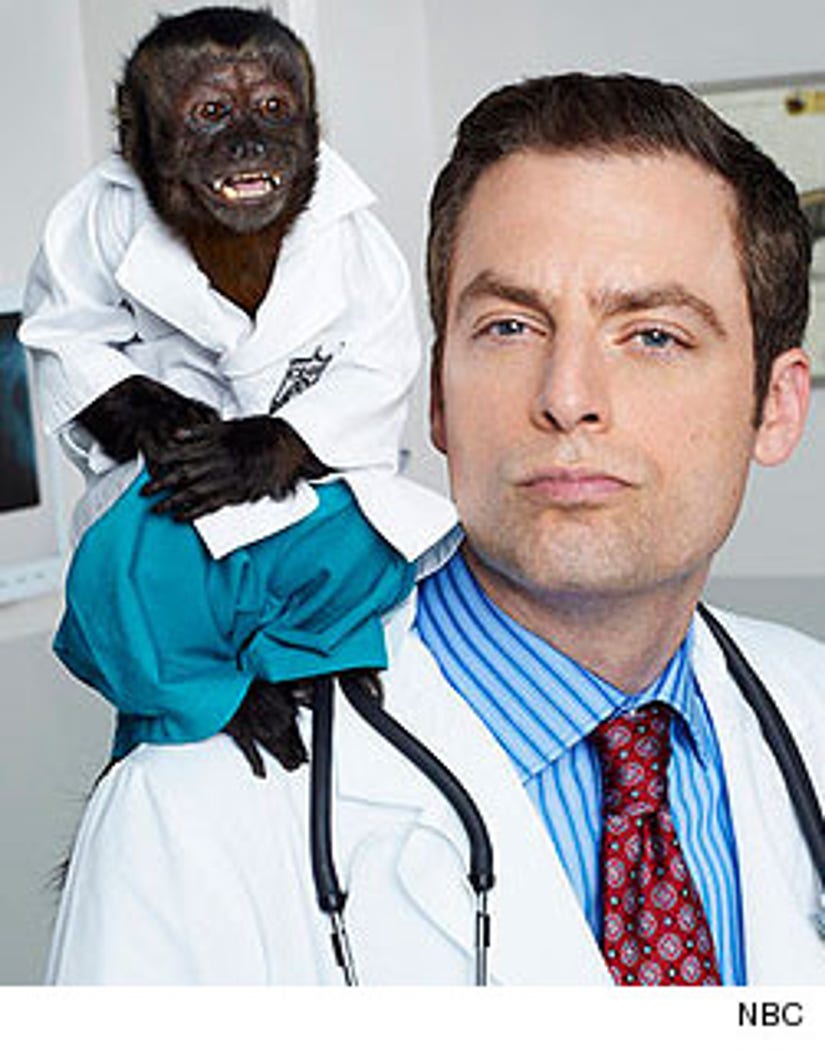 Fall TV has its second casualty, and it's Crystal the Monkey!

Ok, not literally, but "Animal Practice" -- the NBC sitcom that featured the famous monkey from "The Hangover Part II," and debuted during the last night of the Summer Olympics -- will be yanked from the network next month.

The comedy starred Justin Kirk as an animal-loving veterinarian who hates the pet owners. Clearly audiences felt that way about the show itself, as it consistently drew low ratings numbers.

"Animal Practice" is the second show to die this 2012-2013 TV season -- CBS drama "Made in Jersey" was pulled from the air last week after just two episodes.

Are you surprised? What show do you think is the next to go? Sound off below!