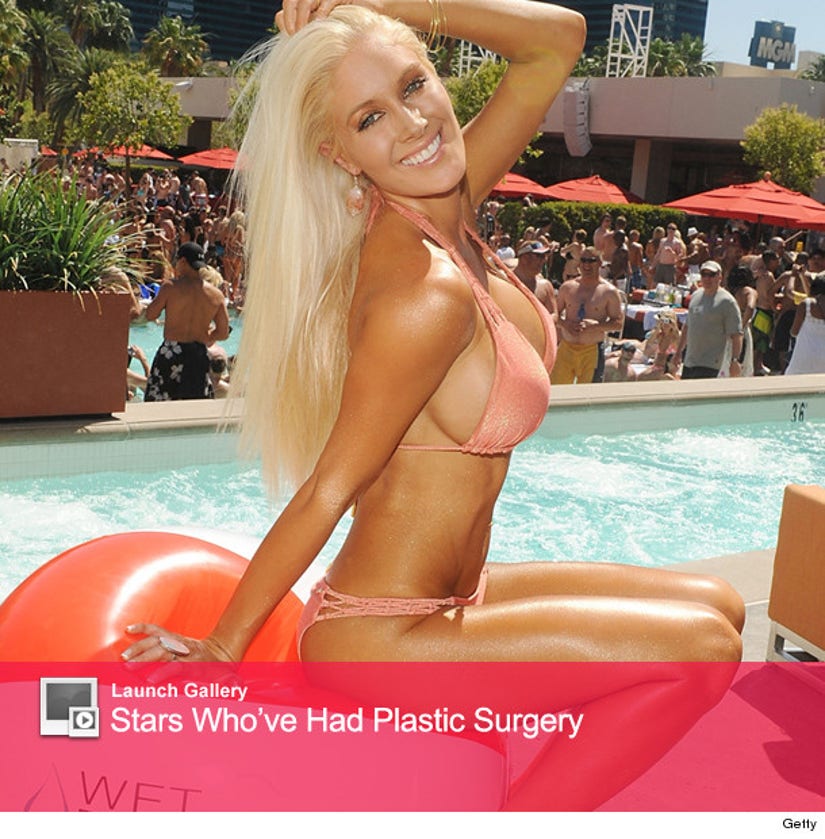 There's been a lot of news from the stars of "The Hills" this week -- and now, show star Heidi Montag is speaking out about her infamous 10-procedure plastic surgery makeover.

"I would never do it again and I would never recommend it for anyone," Heidi says in a new interview with Access Hollywood Live.

Montag, who had a nose job, liposuction, breast and butt augmentation and a chin reduction (all in one day!), says the whole process was "definitely way over my head."

"I should have researched it more," Montag admits. "I wasn't told the repercussions and what would happen emotionally and physically and how much pain I would be in."

The 26-year-old says it was "very traumatic" and she hasn't had a single touch-up since -- not even Botox.

So, what now? "I just focus now on being healthy and alive and strong."

Fore more stars who've been open about their plastic surgery, check out the gallery above!