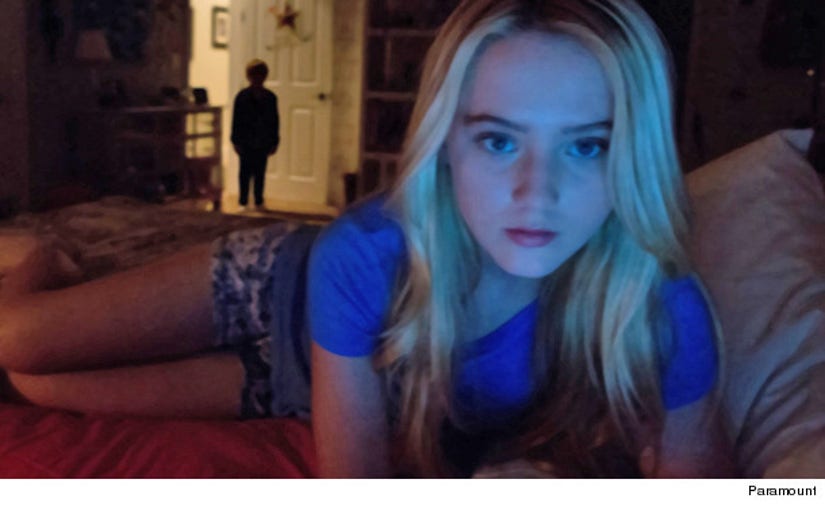 After three flicks, the trailer for "Paranormal Activity 4" promised everything "has led to this." So ... was the end satisfying?

Well, you'll have to wait until the inevitable Part 5 to find out.

While the fourth flick in the annual Halloween franchise will scare up big box office this weekend, it's the weakest entry so far.

The premise revolves around teenage girl Alex (Kathryn Newton) and young brother Wyatt (Aiden Lovekamp), who start experiencing the films' trademark bumps in the night when their mom offers to watch Robbie (Brady Allen) ... the young, creepy kid next door whose mother is hospitalized.

From there, we get the usual roller coaster of nightly suspense scenes, floating objects, apparitions and loud, jump scares.

While the buildup is starting to get stale, this entry does a good job of modernizing the franchise. Laptop webcams, iPhones and even the Xbox Kinect's tracking dots all provide new, tech-savvy scares.

The main problem with the movie is that it doesn't answer anything from the previous chapters ... and, instead, brings up more, frustrating questions involving kidnapped kid Hunter from Part 2.

There are mentions of rituals and witches, but again, nothing is explained yet. For a movie suggesting answers, it's a big let down.

That being said, the acting in the movie is admirable. Newton does a great job as the scared girl-next-door, both child actors are efficiently creepy when they need to be and Matt Shivey, who plays Alex's boyfriend Ben, fills the comic relief role with ease.

As photos of her have been included in Paramount's publicity of the film, it's no spoiler to reveal that Katie (Katie Featherston) returns. We won't spoil how, but she provides one VERY big scare.

The finale also provides some genuinely scary moments, but also reminds us a lot of the far superior Part 3 ... and again, just brings up more questions.

We think most of you will still go check the movie out this weekend, regardless of the reviews -- are we right? Sound off below!

According to reports, it's from an upcoming "cousin" film that's set in the Latin community, hinting that there's "Activity" all around the world.