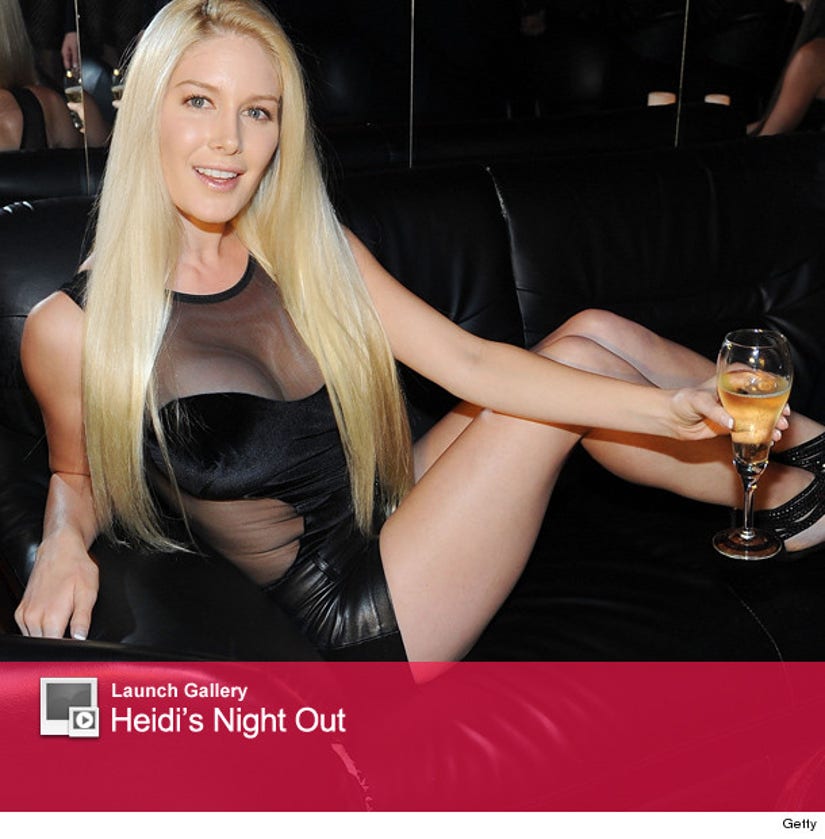 Heidi Montag stepped out to the strip club last night -- and while she wasn't on stage, she was still showing some skin.

The former star of "The Hills" went to the Third Anniversary party for the Crazy Horse III in Las Vegas on Friday night, wearing a very revealing black top and leather hot pants.

It was a rare night out for Montag, who has kept a low profile since her MTV reality show ended in 2010. According to TMZ, Heidi pocketed $25,000 to appear at the club.

The sighting comes one day after Heidi opened up to Access Hollywood Live about her 10-procedure plastic surgery makeover.

"I would never do it again and I would never recommend it for anyone," she said. "I wasn't told the repercussions and what would happen emotionally and physically and how much pain I would be in."

Of course, she clearly had no problem showing off the results of the surgeries last night. Check out the pics above!