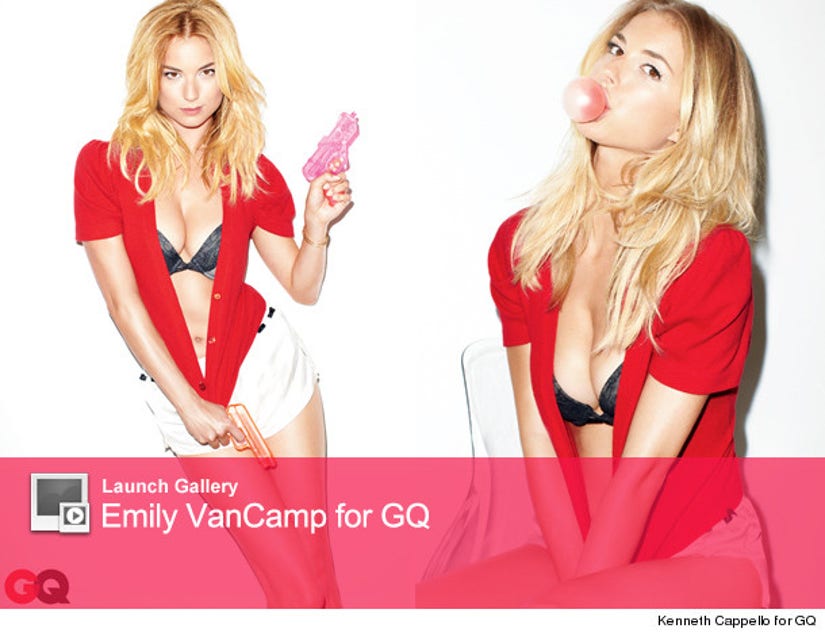 Emily VanCamp is showing some skin -- and opening up about her on and off-screen persona.

The "Revenge" star graces the November issue of GQ magazine, posing for some risque shots while dishing about her character, being a tomboy and her Canadian roots.

"I always feel like I'm playing a character when I'm in a beautiful dress, with my hair coiffed. I like getting down and dirty. It's really fun," she says of working on "Revenge." "There's nothing better than setting an a--hole's house on fire. It's those moments when I think 'I love my job!'"

And while the 26-year-old loves to play dress up on-screen, in real life she considers herself a refined tomboy.

"I did ballet, which taught me how to be poised and graceful, but still, to this day I'd rather be fishing than going to some glamorous party. It's so therapeutic," she says.

Though work keeps her in Los Angeles these days, Emily says she misses Canada.

"Yeah, I miss it a lot. It's so quaint, and there's never some weird person hiding in the bushes in my hometown. I could see myself moving back. It's just so mellow," she confesses to the mag.

Make sure to check out Emily's full interview with GQ magazine when it hits stands October 23!