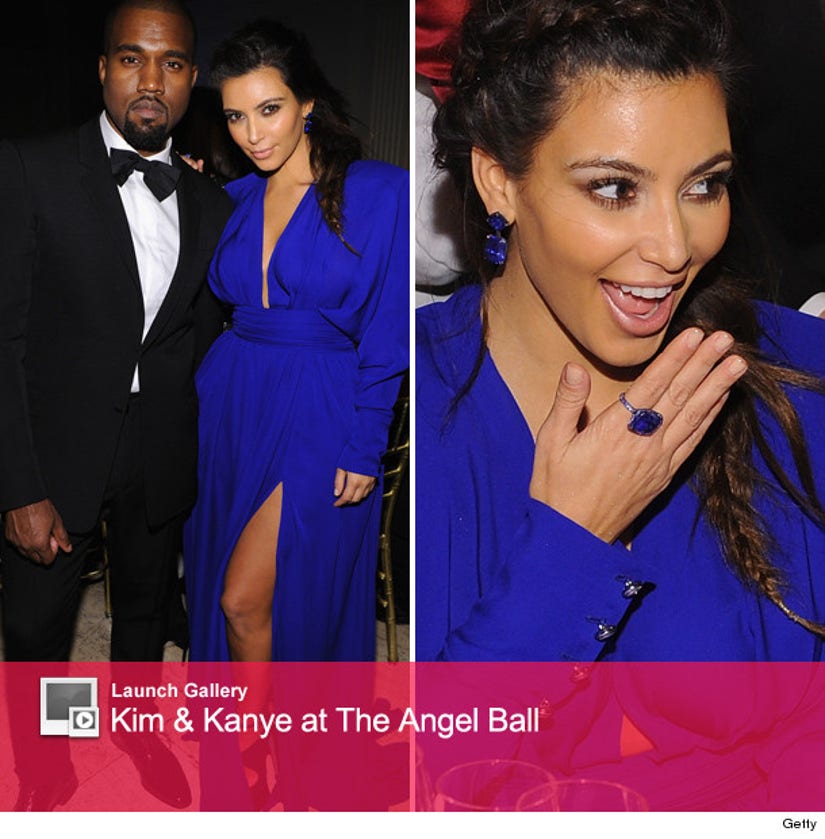 The birthday surprises keep on coming for Kim Kardashian.

While it may not be as lavish as a whirlwind trip to Italy, Kanye West continued doting on his reality star girlfriend last night at the Angel Ball in New York City.

The stylish couple got all dressed up for the event, Kanye wearing a tux while Kim walked the red carpet in a blue dress with one very high leg slit.

Once inside the charity event, they were seen chatting with Nelly, Ashanti, Smokey Robinson and Bar Refaeli -- before West unveiled his latest surprise.

As the two sat at their table, waiters popped up with a birthday cake for the birthday girl ... who turned 32 on Sunday. Check out the cake in the gallery above.

Kim did a good job looking surprised as Kanye looked on, cameras catching the whole thing.

The two just returned from a trip to Italy, where they visited both Venice and Rome.

We're almost surprised to see Kim wasn't sporting a new engagement ring after that romantic trip -- and though Ryan Seacrest has hinted he thinks a proposal's coming, her ring finger was bare last night.