Nicki Minaj must've learned from her wardrobe malfunction on "Good Morning America" because this time she came equipped by wearing nipple tape to avoid giving THAT kind of show.

The "American Idol" judge was kicking off her Roman Reloaded European Tour in Nottingham, England wearing a black bustier. Her outfit was a departure from her usual funky, multi-colored costumes. Maybe she's channeling her alter ego, Roman, and running with the dark side of her wardrobe. 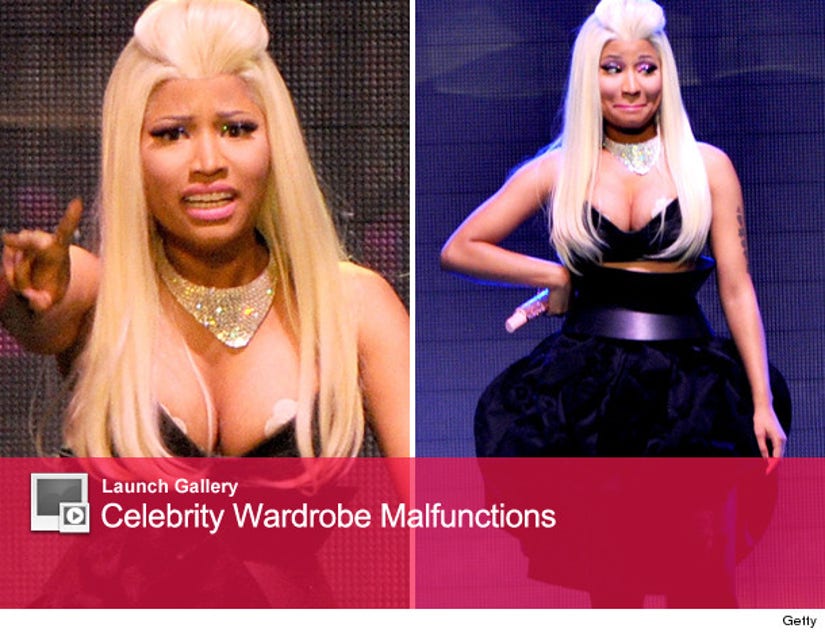 Nicki loves showing off her ample curves and photos from the show reveal there definitely could have been more than one opportunity for a nip slip. It was nice to see this time she came prepared with pasties, but we're thinking maybe a one cup size up wouldn't hurt?

Click on the gallery above to see Nicki's and other stars wardrobe malfunctions.

Tell toofab what you think in the comments below.