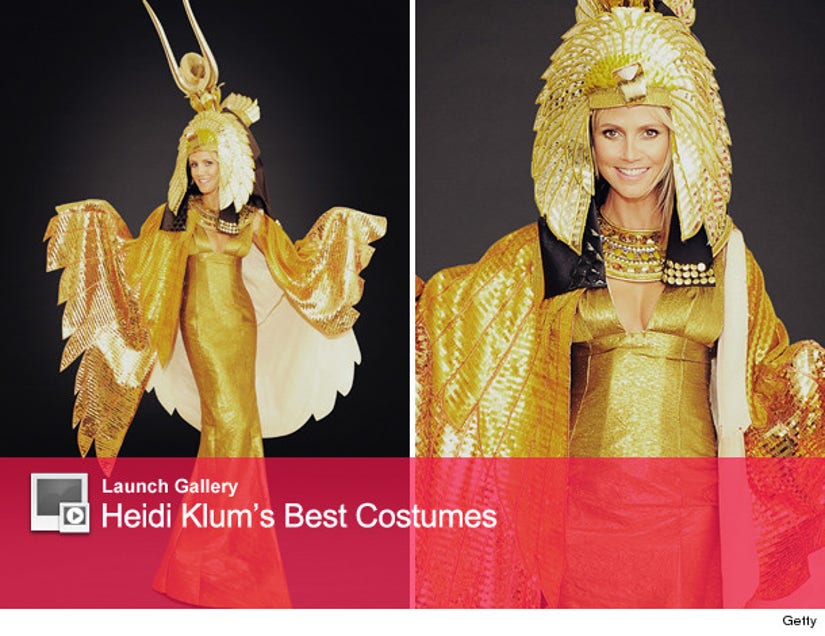 Heidi Klum and Seal are known for their outrageous Halloween costumes -- so how crazy will her outfit be this year now that she's celebrating without him?

Turns out, this year she's playing it kind of safe ... for her.

After showing up at Halloween costumes dressed as an ape, a skinned corpse, a blue Indian goddess, a robot and a snake in the Garden of Eden, we're kind of let down by her latest ensemble.

Yes, her Cleopatra costume is gorgeous and that headpiece is very ornate, but it's missing that extra something that have made some of her other outfits really stand out.

While she says she still has an ambitious jewel mask coming, the best accessory for this costume would be a sexy Mark Antony by her side.

Could she make her red carpet debut with her new boyfriend, former bodyguard Martin Kristen, this Halloween? We've got our fingers crossed!

Check out Klum's best costumes so far in the gallery above.