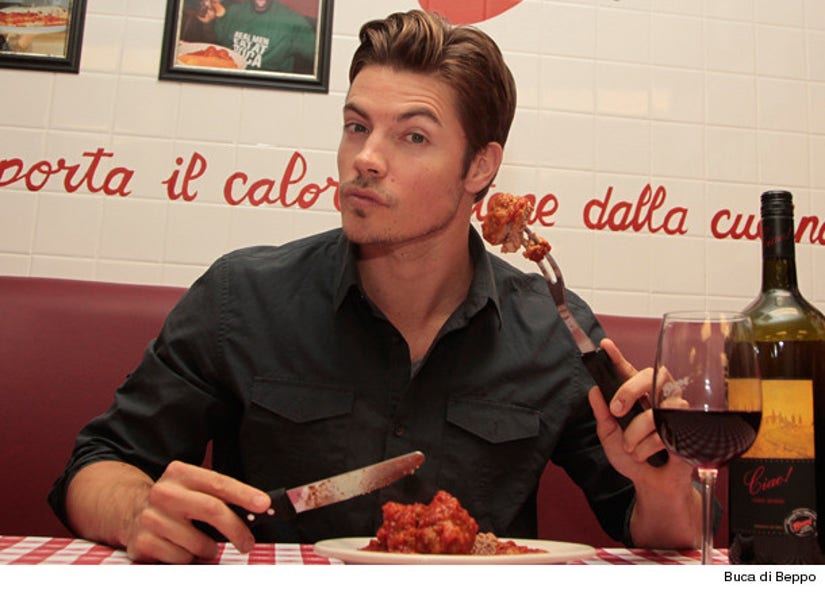 He may not be immortalized in cement in front of the Chinese Theater yet, but "Dallas" star Josh Henderson put his hand prints in something a lot tastier this weekend: Spaghetti sauce.

The TNT star, who turns 31 tomorrow, celebrated his birthday a couple days early -- by going to the grand opening of Buca di Beppo in his hometown of Mesquite, Texas.

Before feasting on meatballs and pizza with a group of friends, Henderson put his hands in sauce and put his prints on a signed pizza box.

We're told Henderson had a blast at the dinner and was very personable with the staff at the restaurant.

We also hear he was a very generous tipper ... and insisted on taking care of the tip himself, even though it was his birthday dinner.