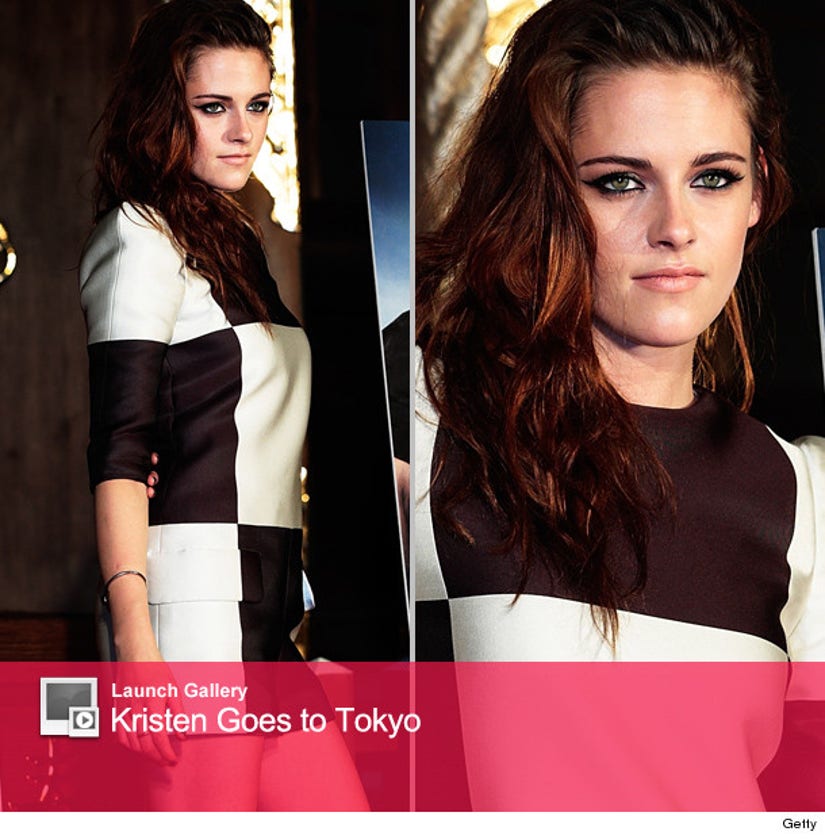 Kristen Stewart and her stylist are on a roll!

The star of "The Twilight Saga: Breaking Dawn -- Part 2" stepped out to a press conference for the movie today in Tokyo, looking amazing in a black and white checker print Louis Vuitton top and short shorts.

Her hair and makeup were on point as well, Stewart sporting a sexy cat eye.

And while K-Stew and Robert Pattinson have rekindled their romance just in time for the movie promotion, they aren't promoting the flick together yet.

As Stewart pimps out the movie in Japan, Robert's been doing the same in Australia -- where he talked about shooting sex scenes with his on-again girlfriend.

Check out more pics of Kristen above, as she went from her messy airport appearance to photo ready.