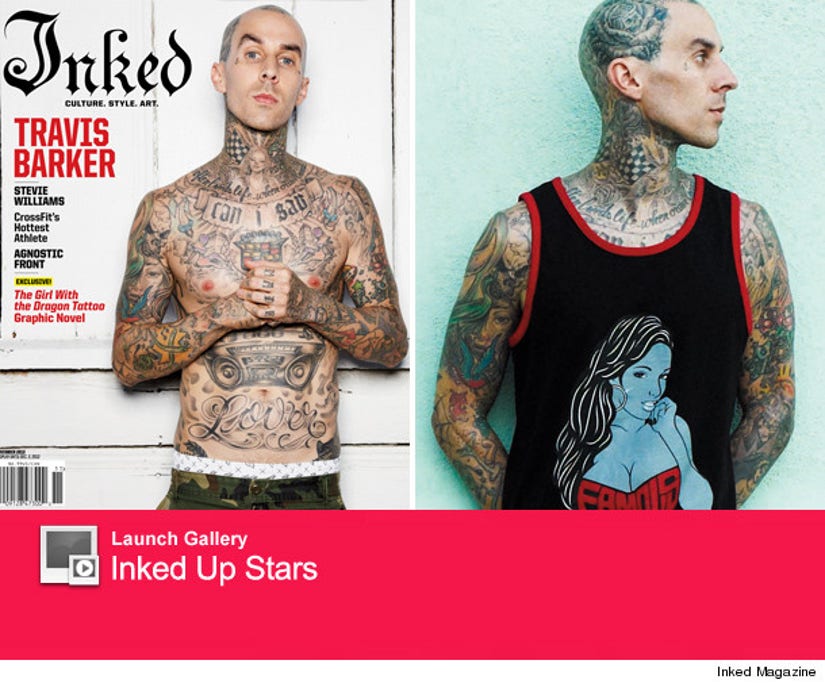 Blink-182 drummer Travis Barker and DJ AM survived a fatal plane crash back in Sept. of 2008 ... but the effects of that horrific day still live with the rocker.

The 36-year-old opens up in the November issue of Inked Magazine, on stands Friday, detailing how his injuries have affected his life in a way that most of us wouldn't realize.

"All of my first tattoos were gone after that plane crash and my skin grafts," he says. "So I have a second chance to do my legs all over again, which is kind of cool for that to come out of a bad situation."

Barker and AM, whose real name was Adam Goldstein, were aboard a private jet that crashed during takeoff from a South Carolina airport. Four people died in the crash, with Barker sustaining second and third degree burns on his lower body and torso. AM suffered burns on his hands and parts of his head, but passed away less than a year later from a drug overdose.

"I think I might get my first tattoos all over again in the same places," the father of two continued. "I get tired of being asked 'What was your first tattoo?' and not being able to show anybody.”

Clearly a huge fan of body art, the perfectionist wanted to make sure his head was fully tattooed before the mag photographed him. One of the most recent pieces? A Virgin Mary square on the top of his skull. 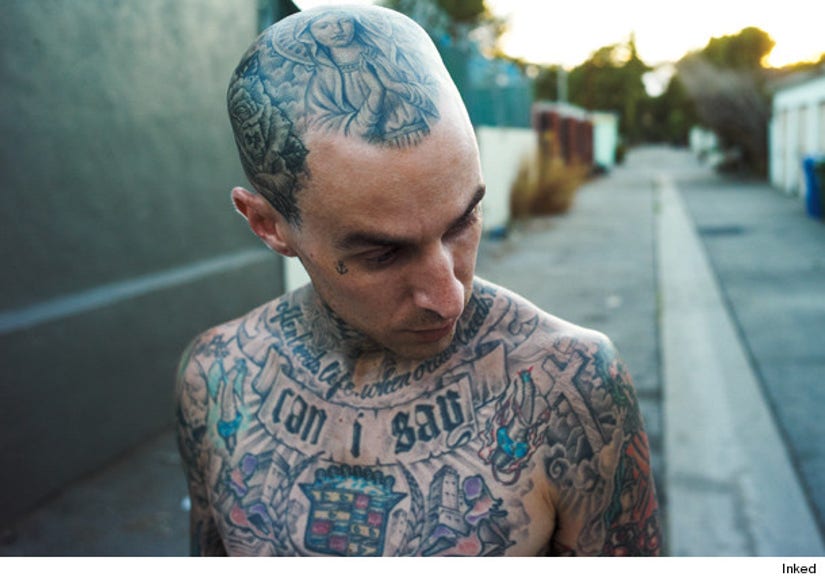 See more of Travis' tattoos, plus find out about his new EP with Yellawolf, "Psycho White," over at Inked Magazine's website.