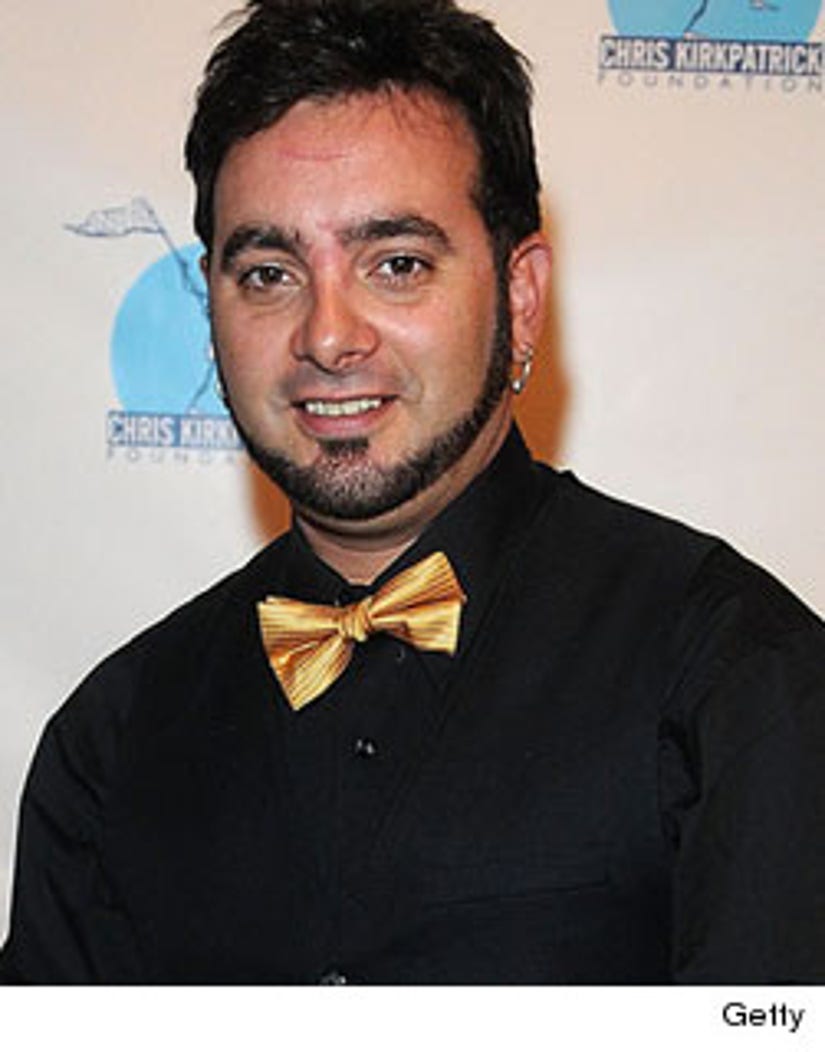 Hot off of the snub of not being invited to Justin Timberlake's wedding, Chris Kirkpatrick is now set to have a ceremony of his own!

JT's former *NSYNC brother has proposed to his girlfriend of two and a half years, Karly Skladany!

People confirmed the news, saying that the 41-year-old decided to buy a ring for his lady on a whim.

"We had a hotel room at the Isle of Capri, overlooking the Mediterranean," he told the mag. "It was one of the most beautiful places I've ever been. And it hit me: I wanted to propose to Karly. So I ran to a jewelry store, found the perfect ring and bought it."

(Sidenote: Does anyone else find it supremely awkward that he was in Italy -- where Justin and Jessica Biel were getting married -- and he wasn't there? Okayy.)

That said, Chris picked up an oval-cut diamond surrounded by several smaller diamonds in a two-tiered white gold band, and popped the question to Karly, 28, over champagne.

"We were sitting on the balcony with a bottle of champagne and I put the ring in her glass," he said. "I know it sounds cheesy, but it was romantic. As soon as I asked her, she said, 'It's about time!' And we laughed. It was spur of the moment, but it was absolutely perfect."

Congratulations to the couple! (PS - Don't be expecting an invite, Mr. and Mrs. Timberlake!)