“Cloud Atlas” has been getting a ton of hype -- not only because it's one of the most ambitious and anticipated movies this season, but also because the flick features some of Hollywood's most acclaimed actors!

On Thursday, Halle Berry, Tom Hanks, Susan Sarandon, Keanu Reeves and many more hit the black carpet for the Hollywood premiere of the drama-fueled sci-fi film.

Halle stunned at the premiere in a curve-hugging Dolce & Gabbana mini dress … and showed some serious PDA with her beau, Olivier Martinez!

Hanks also had some fun on the carpet, chatting it up with fans and photogs with wife Rita Wilson by his side.

Click Launch Gallery below to see all the stars at the Hollywood premiere! 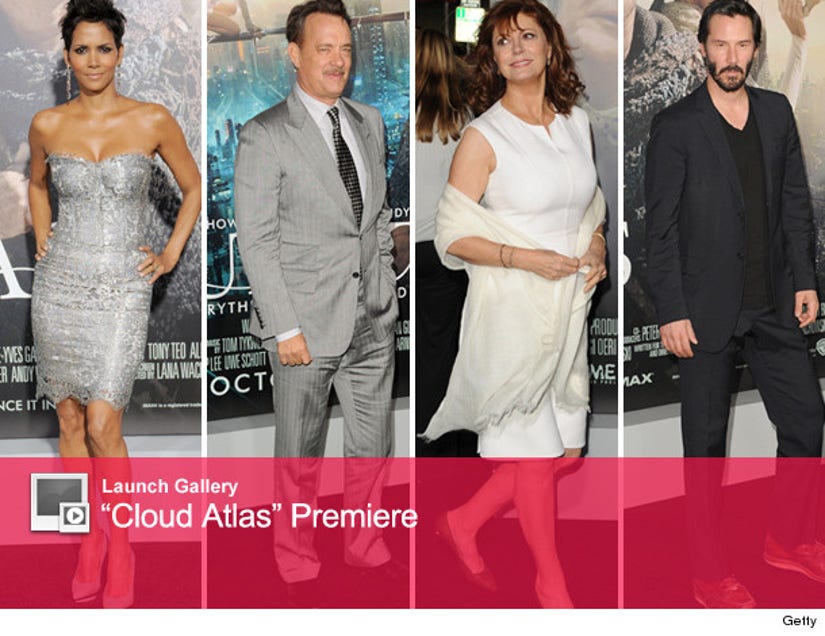 There was one person missing from the event: Fellow “Cloud Atlas” costar, Hugh Grant ... but he definitely wasn't forgotten!

toofab's Brittany Kyles caught up with Jim Broadbent, who plays Grant's brother in the flick, where he dished about his fellow Brit.

Broadbent has quite the history with Hugh, the two have worked together on all of the “Bridget Jones” movies as well.

Check out the clip below to see why Jim called Grant “a monster” and what he'd like to come back as in his next life!