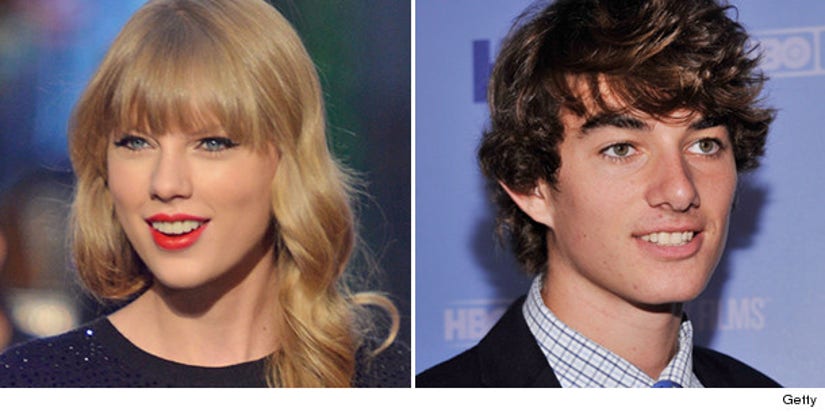 Oh you know we're gonna hear this song on the next album -- Taylor Swift and Conor Kennedy have broken up!

US Weekly reports that the 22-year-old heartbreak queen and her 18-year-old famous-family beau have been separated for some time.

"They quietly parted ways a while ago," a friend of the country starlet explained. "It was just a distance thing. No hard feelings. They're fine."

The pair were first seen together in July, and Taylor soon after purchased a home in Hyannis Port, MA ... right next to the Kennedy compound. Awk-ward.

Tswizzle (as the kids call her) has been making the rounds recently to promote her new album "Red" -- popping up on "Ellen," "Katie" and "EXTRA" -- where she of course discussed how easily she falls in love, and addressed the fact that she writes songs about her exes. Apparently, this promo tour hurt the relationship.

"It's been over a month since they've even seen each other," the friend told US. "With her promotion for 'Red,' she has no time off until the end of the year."

Did you think Conor was going to be the one, or did you see this split coming? Sound off below!