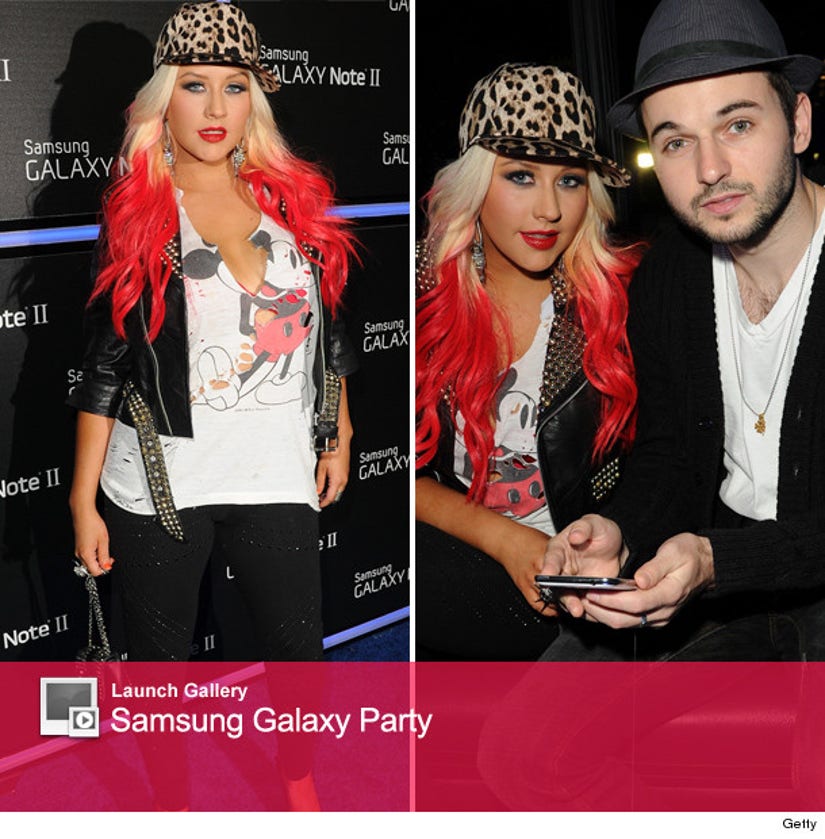 Christina Aguilera, who was a member of the "Mickey Mouse Club" from 1993-1994, returned to her roots last night ... by stepping out in a shirt with everybody's favorite rodent on it.

But this shirt definitely wouldn't be up to Disney standards, as it was very low cut and full of holes that showed off Aguilera's red bra.

The singer wore the Mickey shirt to the Samsung Galaxy Note II bash last night in Beverly Hills, where she was spotted with boyfriend Matthew Rutler.

Christina continues to rock those bright pink extensions, which are slowly going higher and higher each time we see her. Pretty soon, her whole hair will be that color! What do you think of the look?

While at the party, Christina was also seen chatting with fellow Disney alum Vanessa Hudgens.

Aguilera was part of a very successful group of kids while on "MMC" -- check out what happened to some of her costars in the gallery below.