Barry Zito just won his second World Series ring, but he'll need a new home to put it in.

The 4 bedroom, 5 bathroom, 7000+ square-foot home overlooks Phoenix Lake and has stunning views of Mt. Tamalpais. The scenic surroundings served as the backdrop for Barry's wedding to beauty queen Amber Seyer in 2011. Check out the photos below: 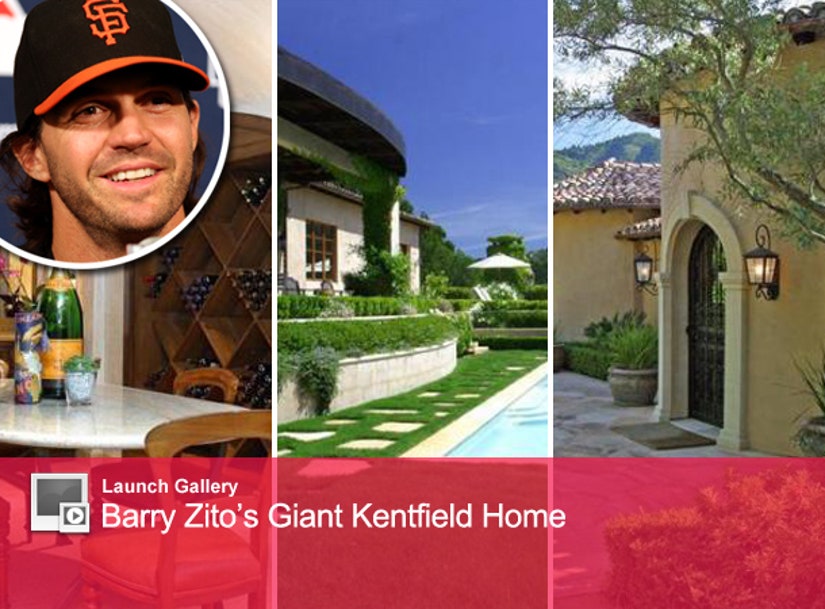 Like other Bay Area residents, the long commute is necessitating the move. "Barry loves Marin and the house; he was married there," Barry's publicist told The Huffington Post. "But with the drive over the bridge all the way across town to the ballpark, it was just too much, especially with a new marriage."

The asking price might seem steep, but it's a drop in the bucket for the 34-year-old baseball player, who has a $126 million contract with the Giants.