In 1987, Cynthia Rhodes had a promising career after roles in "Dirty Dancing" and "Staying Alive" ... but then vanished from the entertainment industry.

So, what happened to her?

Rhodes is most well known for playing Penny, Patrick Swayze's dance partner who got an abortion in the classic flick.

And while her moves were amazing at the time, her husband, singer Richard Marx, reveals she hasn't danced since 1990.

In a new interview with Splash Chicago, Marx says Rhodes took a break from acting and dancing when she got pregnant with the couple's first child in 1990 ... but then never returned to it.

"I thought, 'This won't last, she's definitely going to want to come back to work and do films,'" Marx says. "But she found a fulfillment in being a mom that completely dominated any feelings she ever had making a movie."

"Even if you're her biggest fan, as good as you think she was as a dancer or singer or actress, man, you should see her as a mom,” adds Marx.

The Splash Chicago piece also shows off two recent photos of Rhodes, who hasn't been seen in public in the past 10 years -- and she still looks great (above right)!

See how she and the rest of the cast have held up through the years in the gallery above, plus check out another pic of Cynthia, Richard and their sons Brandon, Lucas and Jesse below. 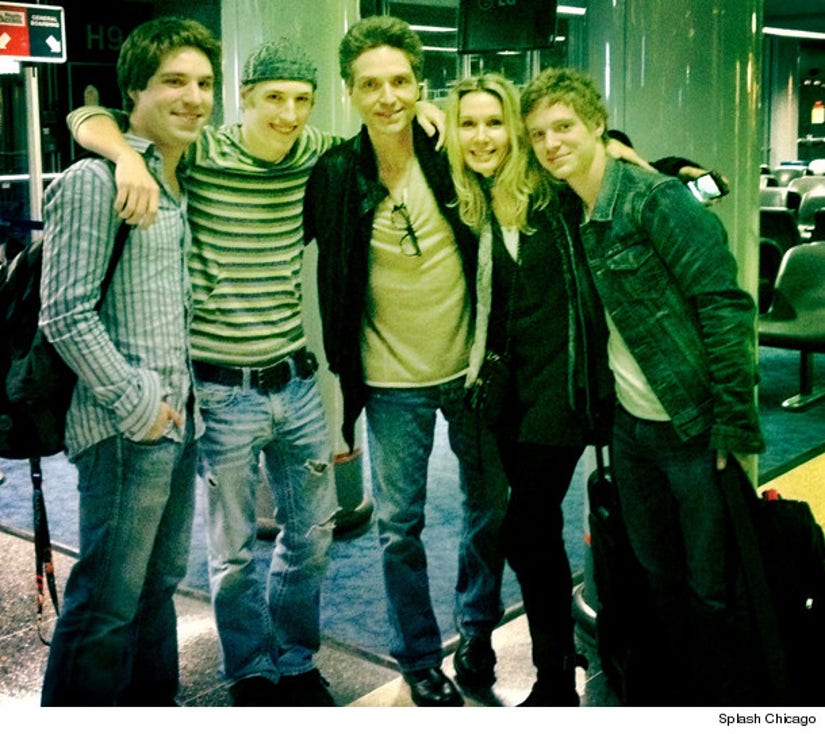