Britney Spears hasn't been bringing in the killer ratings "The X Factor" was hoping for when they shelled out $15 million for her to appear on the show -- so will she be back next season?

While the show has been greenlit for another go-around, it was unclear whether the pop star would be returning with it.

But when Spears was asked about it on the red carpet last night at a party for the finalists, she had a very clear answer:

(If you can't hear the question, the very last one is "Do you think you'll be back for another season?")

Now ... can we talk about her appearance for a minute?

Spears kept it simple in a LDB, but it wasn't the most flattering fit for her killer bod. She also swept her new bangs to the side, which looked a bit disheveled.

And that gum! Come on, Britney! 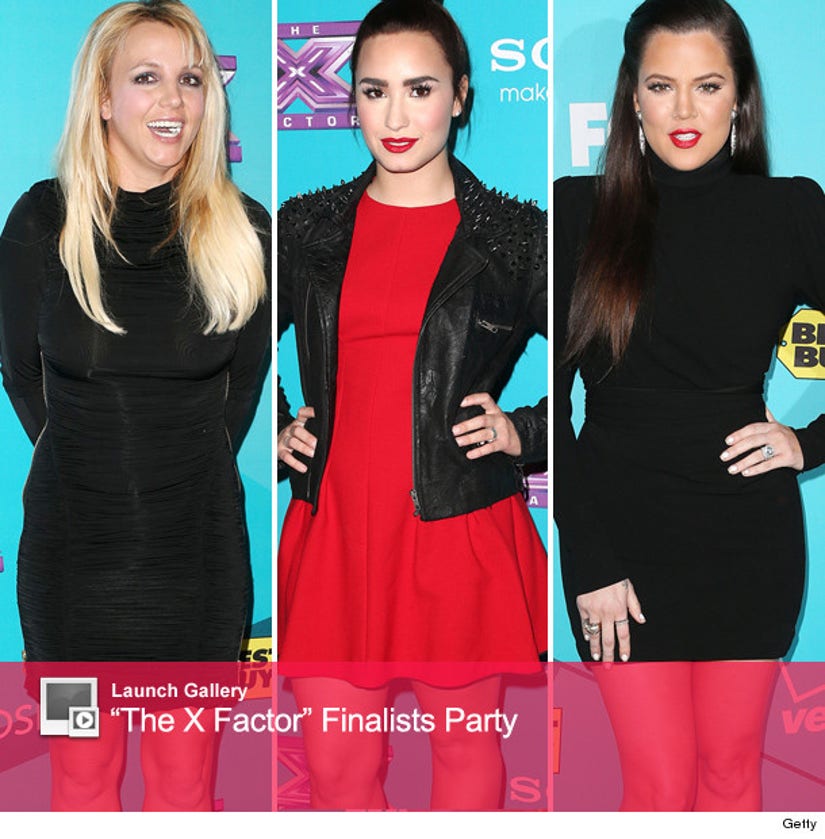 She wasn't the only one at the event having styling issues though. Demi Lovato has gone back to brunette -- and was sporting some thick, penciled-in eyebrows to the event. She was sporting waaaay too much white powder on her face as well.

Check out the gallery above to see more pics of the judges, plus hosts Khloe Kardashian, Mario Lopez and all of the contestants!