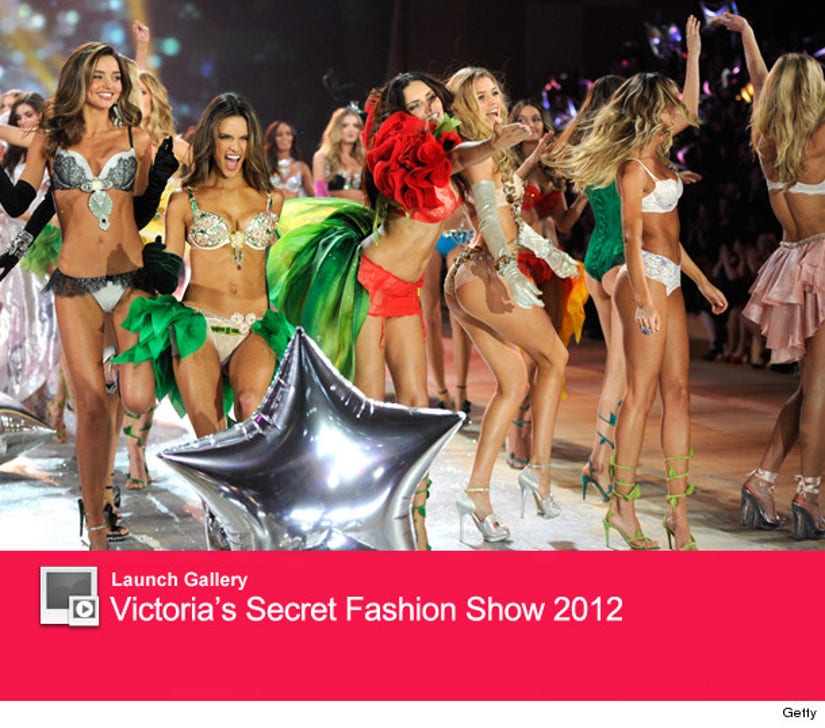 There may be a blizzard in New York City, but things were hot, hot, hot at the Victoria's Secret Fashion Show inside the Lexington Armory.

Veteran Angel Adriana Lima opened the show, wearing a ringmaster outfit. It's hard to believe the Brazilian beauty gave birth less to her second daughter less than two months ago.

Other model moms who showed off their enviable bodies included Alessandra Ambrosio, Miranda Kerr, Lily Aldridge and Doutzen Kroes. Rihanna opened the show singing her newest hit "Diamonds," but the crowd erupted for Justin Bieber, who sang "Beauty and the Beat" and "As Long As You Love Me" off his new album.

The Victoria's Secret Fashion Show airs December 4th on CBS -- check out all the super sexy shots from the show above!