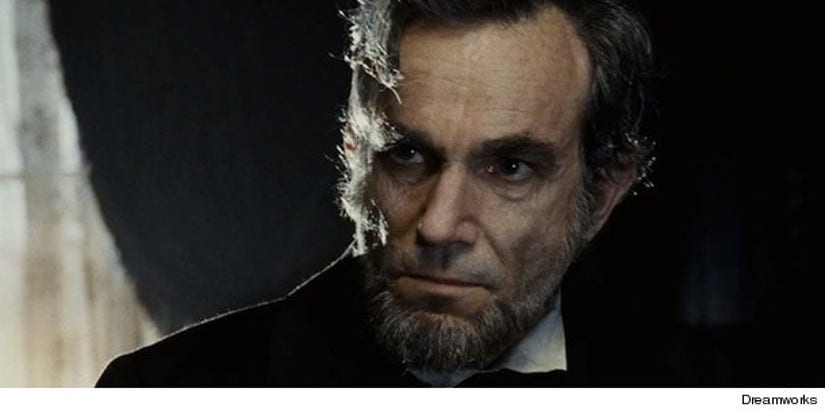 Just give them the damn Oscars already!

That was my reaction when word first went around that Steven Spielberg was making an Abraham Lincoln biopic, with Daniel Day-Lewis playing the ill-fated 16th president. With a top-notch cast, "Lincoln" lives up to expectations and delivers a revealing look at arguably the most important figure in American History.

If you're expecting to see large-scale, graphic depictions of Civil War battles, you may be disappointed. The film is loosely based on Doris Kearns Goodwin's "Team of Rivals: The Political Genius of Abraham Lincoln." It covers Lincoln's final months as he juggles the seemingly impossible task of passing the 13th Amendment to abolish slavery and trying to end the Civil War.

Though nicknamed "Honest Abe," the film portrays Lincoln less as a saint and more as a tactful politician. With 20 Democratic votes needed to pass the 13th Amendment, Lincoln enlists the help of Republican radical Thaddeus Steven (Tommy Lee Jones) and W.N. Bilbo (James Spader), whose back-door politicking and shady deals are necessary to help sway the votes of the opposition and change the course of history forever.

Irishman Day-Lewis immerses himself into the role of an American icon. Sure, he's got the towering gaunt looks, but this isn't your gruff-voiced and stoic Lincoln in prior portrayals. Day-Lewis' high tenor vocal projection (often noted by historians) commands your attention during his (obligatory) philosophical and expertly worded stories and speeches. His steely gazes and moments of silence illustrate the melancholia and vulnerability of a rational man deep in struggle to find peace in an irrational, divided country.

The supporting cast (Spader, David Strathairn, Hal Holbrook, Michael Stuhlbarg) is equally captivating. The standout performances belong to Tommy Lee Jones and Sally Field. Jones' energetic portrayal of Republican radical and Lincoln ally Thaddeus Stevens is one of his best roles. On the exterior he is a wig-covered, rickety old man, but once he opens his mouth do we see a powerful, passionate, and often hilarious freedom fighter who's as wily as he is cunning in the courtroom. Sally Field delivers a maddening performance as first lady Mary Todd Lincoln. Clad in lavish costumes, Field depicts the complexities of Lincoln's home life as she copes with the loss of a son and neglect of a husband trying to restore a nation.

As a lifelong Spielberg fan, I'm once again impressed by the direction he took with the film. Spielberg and his longtime collaborator/cinematographer Janusz Kaminski downplays large CGI settings and go for detailed on-locations that seamlessly transport the audience to that time in history. The filmmakers also downplay the depiction of the war on the battlefield (which we have seen countless times) and lean toward the verbal skirmishes in the House of the Representatives. In some ways, one could argue that “Lincoln” is like Aaron Sorkin's "The West Wing" by way of "Amistad," as the fiery quip-filled debates and desperate solutions are taken from the pages of history and presented intimately behind the doors of the dimly candlelit places of power.

The film's Achilles heel is the running time. While there is little action or brief depictions of violence, it's Tony Kushner's witty screenplay that keeps viewers from looking at their watches and stirring in their seats. With the help and execution of the stellar cast, the movie never feels dull as some of the long dialogue sequences ooze with a sense of theatricality that makes every line feel as much as alive as it is thrilling.

Lincoln needs to be seen by all not just for the outstanding performances and craftsmanship, but as a reminder of sacrifice and great lengths taken by one man to repair a shattered nation and forever alter the course of history for the greater good. Having said that …give it a damn Oscar already!