Reality TV star Jeff Lewis is living up to his show's name and flipping his house!

Lewis is selling Spring Oak -- the property featured prominently on the Bravo's "Flipping Out" -- just seven months after purchasing it.

The 3-bedroom, 3-bathroom house that housed Lewis, his partner Gage Edward, their housekeeper Zoila Chavez and numerous pets, was extensively renovated (see before and after photos here). The home features a great room, master suite that opens onto an outdoor space, and a gorgeous landscaped pool area.

The asking price? 1.45 million, just $100k more than Jeff and Gage purchased it for back in April. Check out the photos below: 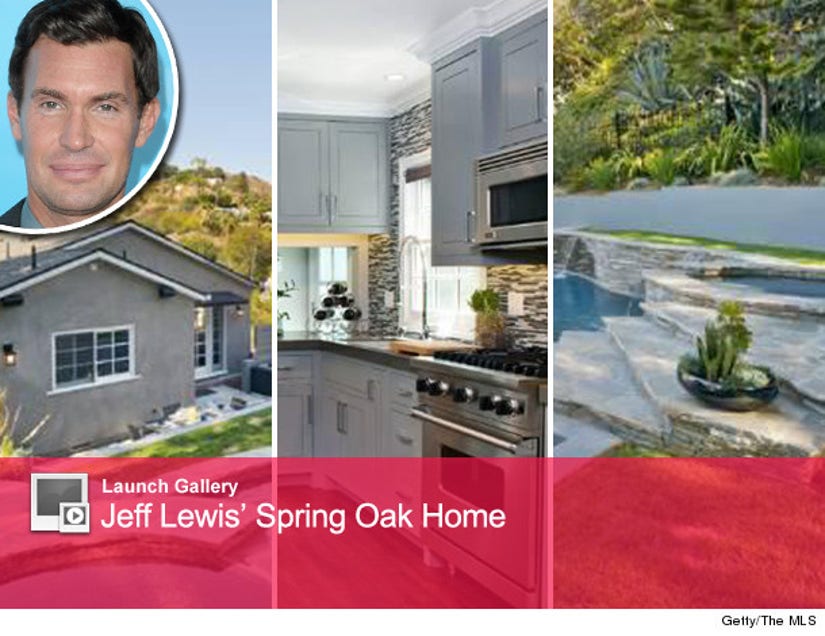 There's no word where they are moving. Could it be the Gramercy home they bought last year to start their family? They're the latest Bravolebrities to sell -- "Real Housewives of Beverly Hills" star Adrienne Maloof just unloaded her mega-mansion after splitting from Paul Nassif.

Would you live in the house Jeff built? Tell toofab in the comments below. Thanks to Real eStalker for the tip!