They don't call them Twi-hards for nothing!

Despite rain and hours of waiting in line, fans have already set up camp ahead of Monday's premiere of "The Twilight Saga: Breaking Dawn -- Part 2." Check out the madness by clicking on the "Launch Gallery" below: 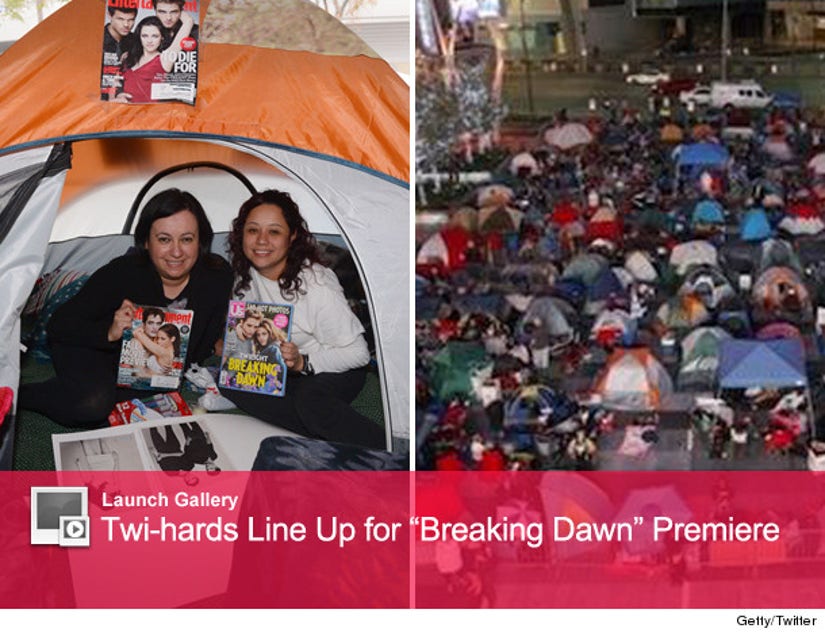 These dedicated fans began pitching their tents in downtown Los Angeles as early as 8:00am Thursday morning to secure their spot in the "Twilight" camp zone. Fans of all ages and from all over the world took over Nokia Theatre. The tent city quickly became decked out in life-size cut-out characters, Edward pillows and look-a-like costumes.

By day's end it was full-fledged fandom! And it's all to welcome Kristen Stewart, Robert Pattinson, Taylor Lautner and the rest of the "Twilight" cast to the black carpet ... for one last time. The fans are all hoping to win tickets to the premiere.

One Twitter fan has been preparing for the event since last year! She proudly posted this picture of her tent: 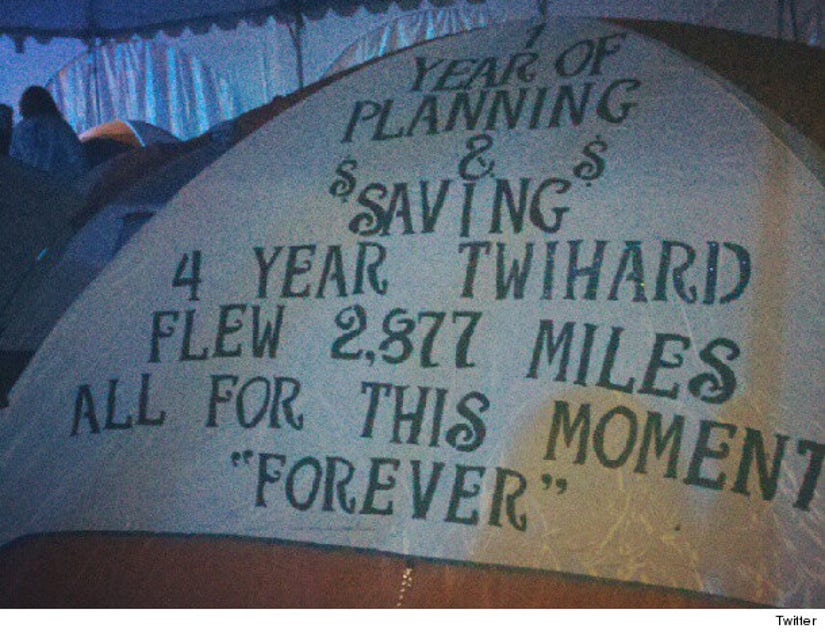 Fortunately, Summit Entertainment provided the 2,200+ appreciative fans relief by setting up overhead canopies to keep out the rain and sun.

"The Twilight Saga: Breaking Dawn -- Part 2" opens nationwide Thursday November 16. Do you think these fans are crazy or are you wishing you were camping out, too? Tell toofab in the comments below.