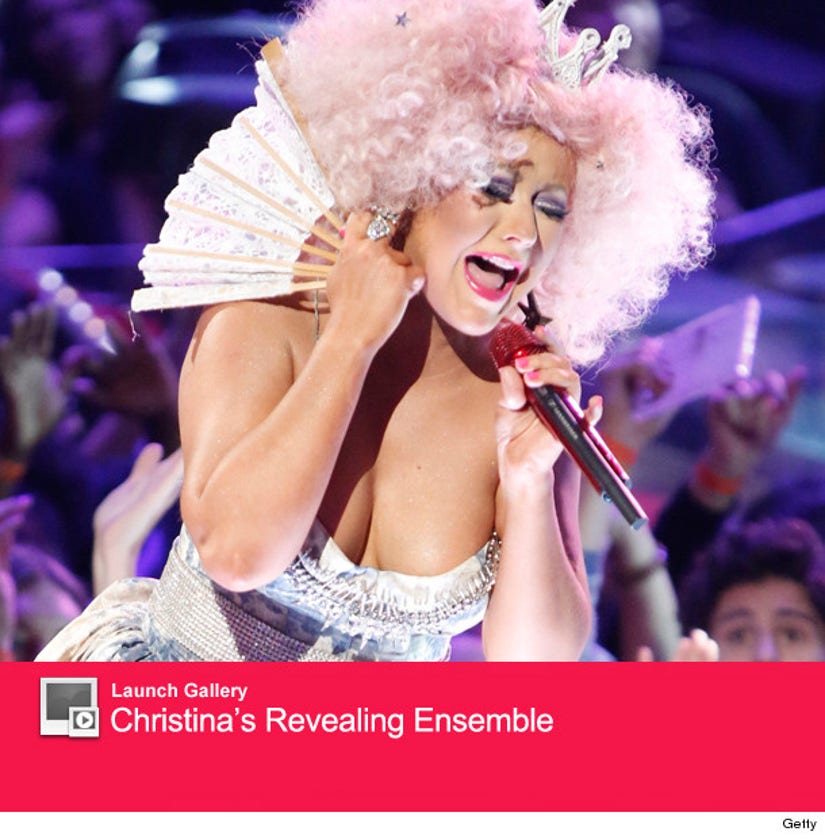 Queen Christina is here ... and she's showing off the goods!

Christina Aguilera performed a song from her new album on last night's episode of "The Voice," singing "Make the World Move" with CeeLo Green while decked out in a wild and revealing royal number reminiscent of her Halloween costume.

Sporting a pink afro, sparkly crown and a low cut dress that also managed to show off her knee-high boot-covered legs, Aguilera was a sight to be seen.

She's worn some crazy stuff on the reality show before, but this definitely topped it all.

That being said, Xtina sounded great singing one of the better songs from "Lotus" and looked like she was having a blast up there.

And while she performed with CeeLo last night, it's a song with another of her costars that's currently climbing the iTunes charts.

As "Make the World Moves" stalled out at #117, her song "Just a Fool" with Blake Shelton is sitting pretty at #17.

What do you think of the CeeLo collaboration ... and Christina's outfit? Sound off below!