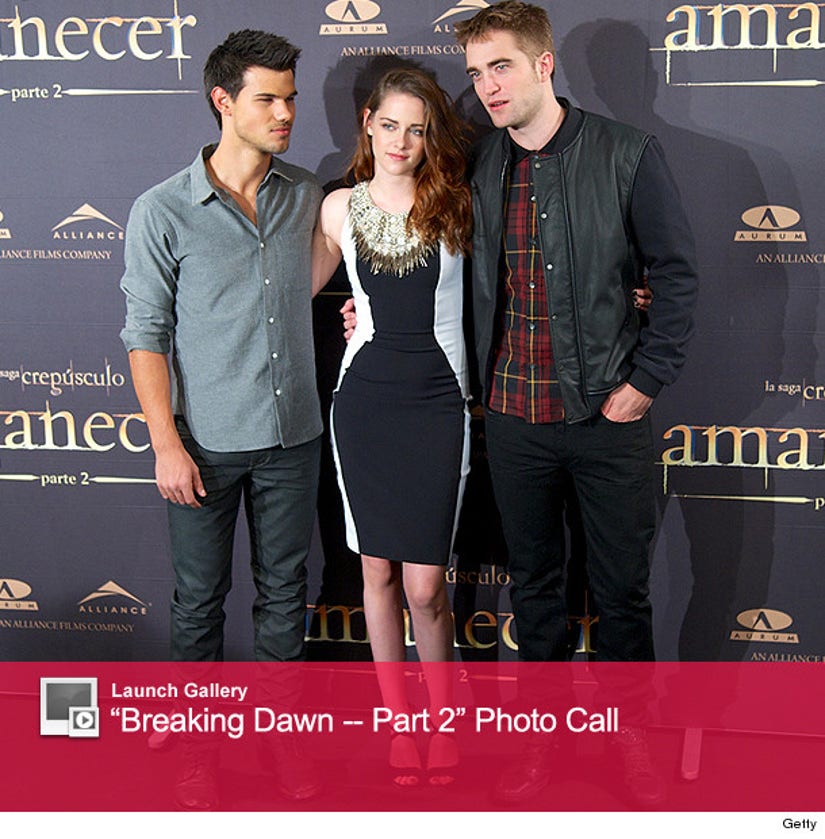 Kristen Stewart turned it out again for the movie's Madrid photo call, stepping out in a Julien Macdonald dress with a metallic collar.

The look was a departure from the lacy numbers she wore to the Los Angeles and London premieres ... and we think she still looks great!

The boys played it more casual as well, doing the photo call in jeans and button-ups.

After Madird, the trio will make one more stop in Germany ... and then they're done ... forever!

Check out more pics from the photo call above.