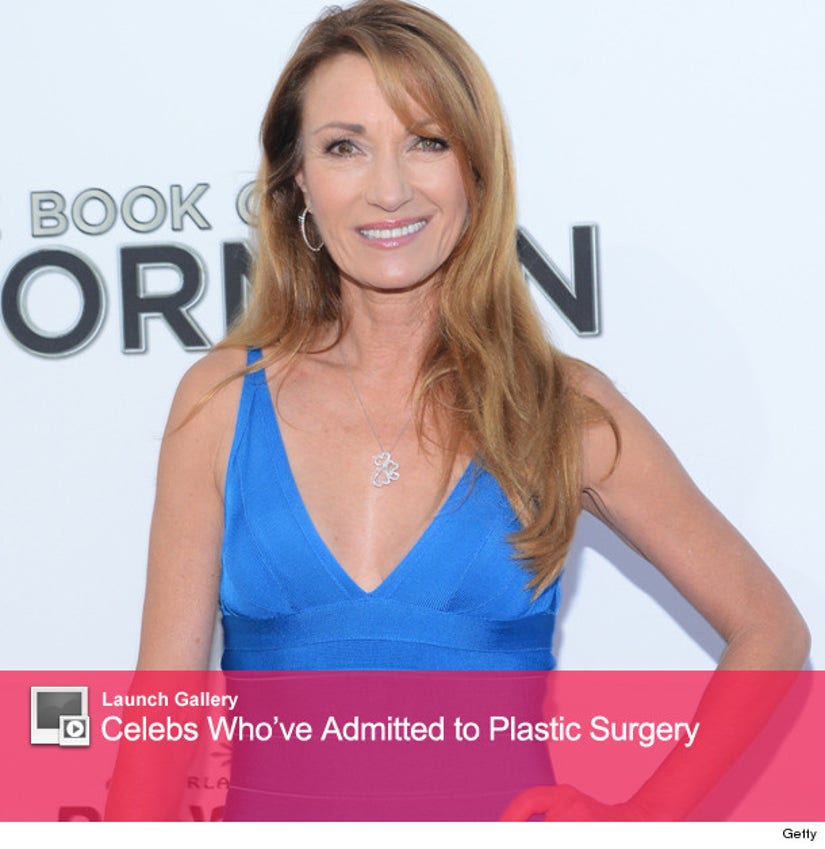 "[I've done my eyes] Top and bottom, years ago," the 61-year-old confessed. "I was asked by photographers if I'd consider getting them done because they spent so much time touching up pictures. It wasn't a big deal. I went out for lunch the day after surgery."

The mother of four has also had work done on her breasts.

"It was 20 years ago. I'd breastfed my first two children and things weren't what they had been," she said. "I'd never had a big bust — I always say they had to make smaller implants just for me, but I wanted the shape back. Clothes fit and look better. It was a good move."

And while she says she's happy with the results on her eyes and chest, Jane doesn't see Botox or a facelift in her future.

"I'm proud of my wrinkles. They give my face character," she says. "As an actress, you mess with that at your peril."

Did you know that "Dr. Quinn, Medicine Woman" was actually launched into international stardom back in 1973 when, at the age of 20, she played Bond Girl Solitaire in "Live And Let Die?"