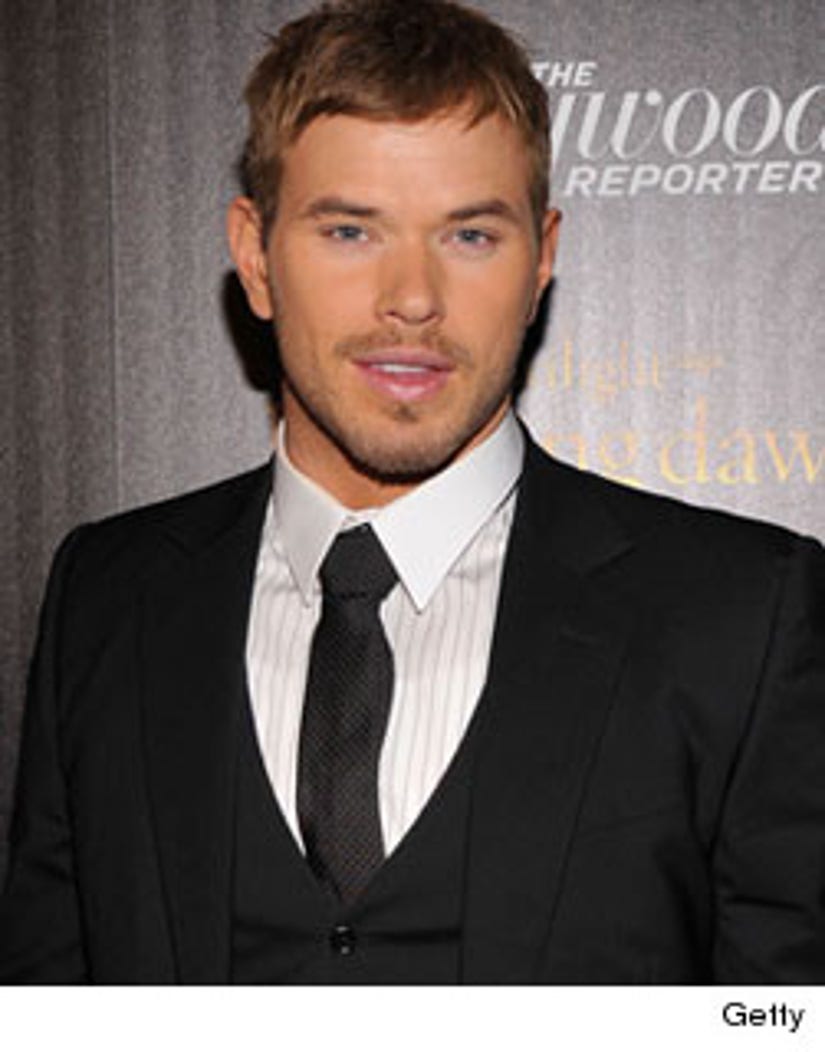 Kellan Lutz is the best kind of ladies man!

At 27 years old, this vampire knows what he wants and he knows how to get it! The star of "Twilight Saga Breaking Dawn – Part 2" opens up to Elle about women, losing his virginity and dating!

“Twilight” may be ending but the Calvin Klein model is excited for what's next – he's trading in his pale skin for a loincloth to star as the newest Tarzan.

Makes sense, Lutz has been melting hearts since the sixth grade! “When I was in sixth grade, I'd go to the dollar store to get this girl Kelsey, gifts,” he tells the mag. “I loved being Romeo to her Juliet.”

But relationships take work, that's why Kellan carries a journal with him everywhere he goes – so he can keep notes on different things he's learned, life lessons and bits of wisdom.

Sharing one of his pieces on women, Kellan tells the mag “Here's one: A lack of communication leaves fear and doubt.” We got to say, that's pretty deep (for a guy!).

Even though Lutz plays a protective older brother in “Twilight” he's really a softy … telling Elle that even his “first time” was perfect and that he wouldn't change a thing.

“I mean, it was in high school – with the love of my life, at the time. It wasn't one of those drunk moments at a party. Everything was just really caring and done out of love. It was one of those really sweet, loving, connected moments.”

While he never planned on being famous … Kellan's always wanted his own family (with two boys and one girl to be exact).

Good thing his super hot girlfriend, Sharni Vinson from "Step Up 3D" is on board … they've both had dreams about their future kids!

It's nice to know that chivalry and romance are not dead. Make sure to check out Kellan's full interview in Elle and click "Launch Gallery" below to see posters from "Twilight Saga Breaking Dawn -- Part 2!"