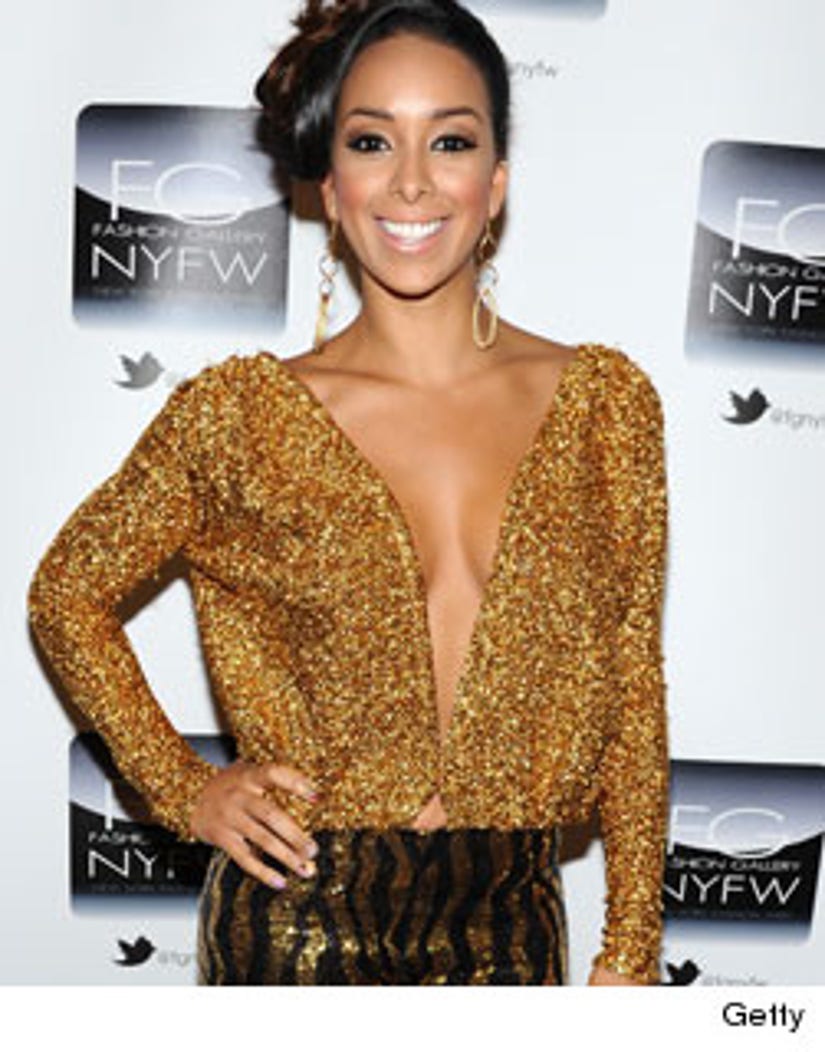 Forget living in the shadows of her husband – Gloria Govan is making a name for herself!

Gloria (wife of Los Angeles Clippers b-baller, Matt Barnes) was recently kicked off VH1's popular reality series "Basketball Wives"... but from the looks of things, she's all the better for it!

toofab spoke to the reality star to talk about life post-“Basketball Wives” and her new hosting/acting gigs!

toofab: Is there anything you miss about “Basketball Wives”?

Gloria: This season was such a hard time for me because I had so many other projects going on, so I didn't get to see everyone that much. Not to say that I'm bigger or better than anyone, but I think it was time for me to move on.

toofab: VH1 let you go from the show because you weren't allowing “all of your reality to be filmed.” Was it mainly because they didn't film your wedding, or were there other areas of your life you wanted to keep off TV?

Gloria: Matt and I made a conscious decision to not put our relationship on the show this time around because we've done so in the past and it was really tough to have so many different opinions about our relationship. But our wedding was really unplanned, we didn't go to Vegas to get married we went to Vegas for my sisters birthday and it was something that just happened. We had maybe 15-20 people people who were already there for my sister's birthday.

Gloria: I think they [VH1] were just really put off by the fact that I didn't want my relationship with Matt on the show.

toofab: Would you ever do another reality show?

Gloria: Yeah I think so, but this time around if I did another reality show I would ask for creative control and I'd like to do it with people I get along with better.

Gloria: I think if I did a reality show with Matt that really showed our struggle and what the show is really supposed to be about I would definitely do another reality show. I think if you do it right it can really help you build a brand.

toofab: You have two new gigs on Shaquille O'Neal's YouTube channel, that's got to be exciting right?

Gloria: Yeah, "Clean Ops" is basically a digital short series that we are shopping around for a movie, it's kind of like the next Lara Croft. I play an assassin by night and ballerina by day -- it was such an awesome experience, I had to learn taekwondo, boxing, and I had to get weapons training. The second show is "LA Confidential," and I'll be hosting and interviewing different comedians like Kevin Hart, Chris Rock, Chris Tucker -- just tons of people in that profession.

toofab: We hear that your working on a cook book as well, do you have a favorite holiday dish?

Gloria: I have candied yams that I put marshmallows on, or in my stuffing we put different meats in it like sausage, chicken which is really good. And then we do the green beans with a balsamic glaze and crispy bacon on top – it's kind of a more flavorful way to serve your vegetables. I really started cooking when I started my family so I'm really excited about this, I've been working on the cook book for about a year.