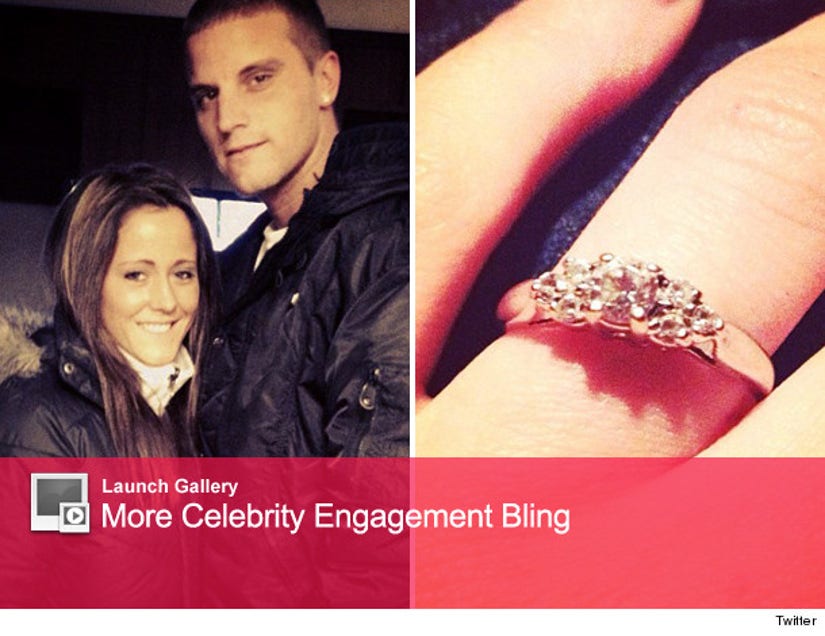 Jenelle Evans is getting hitched ... and soon!

Last night, the "Teen Mom 2" star announced she and boyfriend of two months Courtland Rogers are engaged, showing off her ring on Twitter.

She also announced the news on MTV's USTREAM channel -- where she offered up some very cryptic details.

Check out the weird video below:

Jenelle says Courtland has been courting her for years and giving him a chance is "the best decision I made in my life. I can honestly say I'm the happiest girl in the world right now."

"It's like a fantasy coming true. I'm going to be married to my best friend/lover/childhood sweetheart," she added on Facebook ... saying they're going to start planning today.

And there seems to be something in the water with these "Teen Mom 2" girls. Jenelle's news comes on the heels that Leah Messer is pregnant again and rumors that Kailyn Lowry is already married.

What do you think of the news? Too soon?