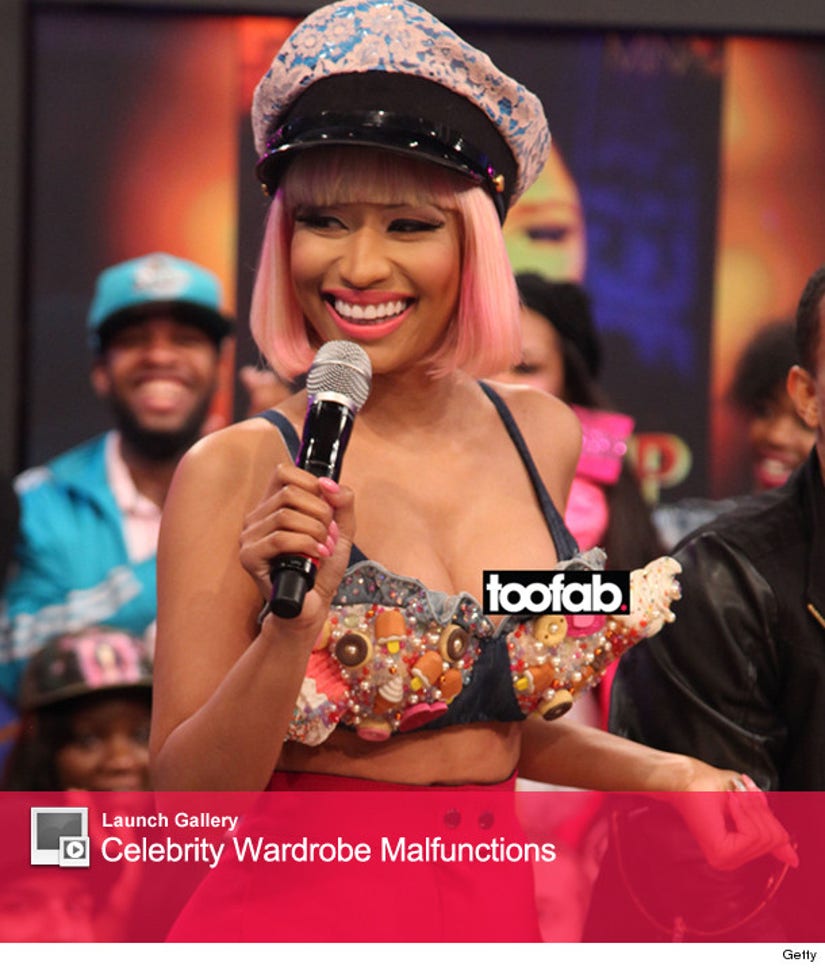 Nicki Minaj really needs to invest in some double-sided tape.

The singer had another wardrobe malfunction during a visit to "106 & Park" yesterday in New York.

The singer showed a bit too much when her candy-covered bra slipped a little too low.

Of course, Nicki is no stranger to the nip-slip. She famously popped out of her top during a "Good Morning America" concert last year -- and accidentally revealed her pasties during a concert in October.

And she's not alone -- see more celebrity wardrobe malfunctions in the gallery above!

It looks like she may have temporarily learned her lesson though. Here's what she was seen wearing today, after the incident: 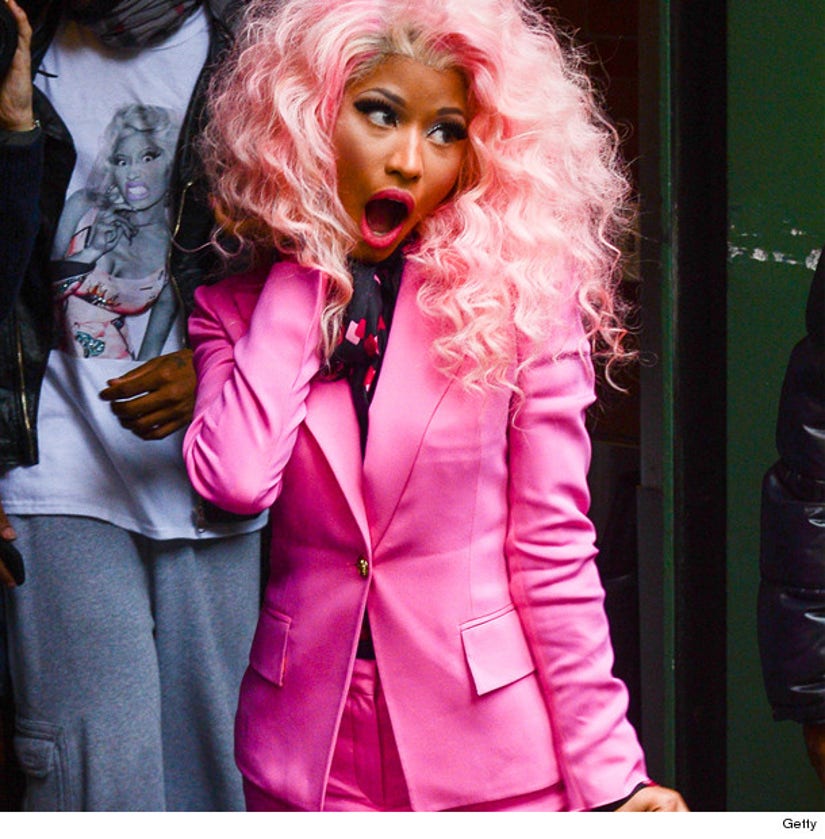 Can't get more covered up than that!