Today's dueling dresses is between two stars we wouldn't expect in a fashion face off.

In one corner, A-list, Oscar-winner Charlize Theron. In the other, B-list, Razzie-winner Lindsay Lohan.

Lindsay wore the dress during an appearance on "The Tonight Show with Jay Leno" last week to promote "Liz & Dick." The flaming redhead paired her dress with open-toe Louboutin ankle boots, while a pre-shaved head Charlize wore hers with strappy heels at CinemaCon back in April.

We think Lindsay looks pretty good, given this is a difficult dress to pull off, but Charlize makes it look effortless -- and we prefer her makeup (Lindsay's makes her look older than her 26 years, whereas 37-year-old Charlize looks fresh-faced). But it's your vote that counts. Click on the "Launch Gallery" below to cast it: 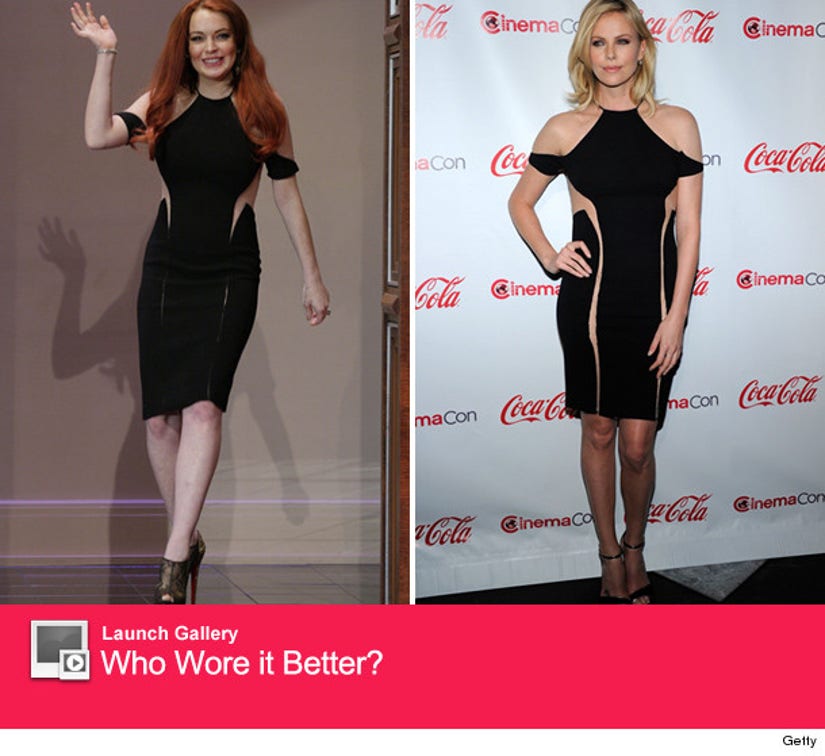